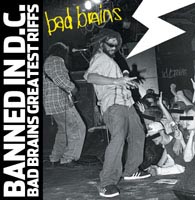 "Banned In D.C." is a compilation of and songs by .