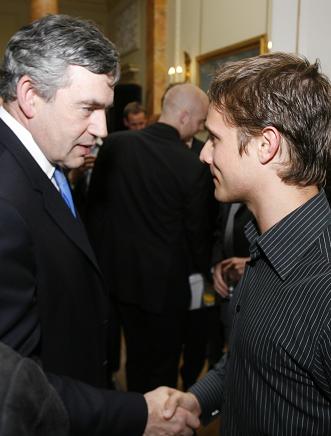 Ben Way (born 28th of September 1980, Exeter, Devon, England) was one of the first dot com millionaires after developing a search technology called Waysearch which later became a business-to-business product called Pulsar. He was reportedly worth £18.3m in the 2001 Sunday Times Rich List. He started his first business in 1995 on his 15th birthday making him at that time the youngest company director in the UK.

He won "New Business Millennium Young Entrepreneur Of The Year" in 2000 which was given to him by Gordon Brown.

However, after a dispute with the investors in 2001 he was diluted out of the business and lost everything. It is reported that he was in the Sunday Times Rich List under Robbie Williams the same day he could not buy a tube ticket.

He went on to advise both the UK and US governments in technology, before heading up technical and environmental investments and due-diligence for the Rotch Property Group who have over £1 Billion in asset management.

In 2003 he started [http://www.makingrain.com] The Rainmakers, which is an innovations and corporate venturing company. He also has involvement in a number of other companies.

Has been [http://www.makingrain.com/rainmakers_inspiration.html quoted] as describing the as "the most powerful development of information management since the creation of the database"

In early 2007 he was invited to join [http://www.brightstation.co.uk/bsv/ben.html Brightstation Ventures] an $100m technology VC fund as the CIO (Chief Innovations Officer) where he has worked with projects such as and [http://www.shinymedia.com/ Shiny Media] .

In September 2007 he launched the world first service, [http://www.viapost.com ViaPost] which allows printing of documents over the internet which are then sent by ""

* [http://www.telegraph.co.uk/money/main.jhtml?xml=/money/exclusions/ybwaysworld/nosplit/ybwaysworld.xml Telegraph Business Blogger]
* [http://www.whsmith.co.uk/WHS/Go.asp?isbn=0141323167&DB=220&Menu=Books How to be a Teenage Millionaire]
* [http://www.cityam.com/ City AM Columnist 2005-2006]

International Who's Who Member

He has been in a number of documentaries including Britons Richest Kids(1997, Channel 4) and the Secret Millionaire.He also appeared in a reality TV show in 2001.

"From rags to riches" Kilroy,BBC2