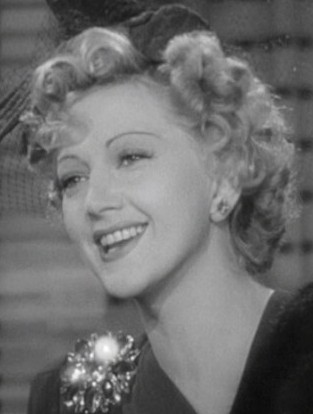 Born in , Adler was a member of the Jewish-American Adler acting dynasty, the daughter of Sara and , the sister of Luther and , and half-sister of Charles Adler. Jacob and Sara were two of the finest actors of the American . They were a significant part of a vital ethnic theatrical scene that thrived in from the late nineteenth century well into the 1950s. Stella was destined to become the most famous and influential member of the family. She began her acting career at the age of four and concluded it fifty-five years later, in 1961. During that time, and for years after, Stella Adler taught. With the full force of her formidable energy, she dedicated herself to transmitting to others, the craft that served her so well. [cite book
title=The Great Acting Teachers and Their Methods |last=Brestoff |first=Richard
authorlink=Richard Brestoff |year=1995 |publisher= |isbn=978-1575250120]

She was the only American actor to be instructed in the art of acting by . She was a prominent member of the Group Theatre, but differences of opinion with over the correct teaching of Stanislavki's System (later developed by Strasberg into ) contributed to the ultimate break-up of the group.

Adler's biggest issue with Strasberg concerned whether an actor should use the technique of substitution, recalling personal experience for a believable result, or living in the moment, using your partner to create a believable result. It's been said that after Strasberg died, Adler asked for a moment of silence in her class for the famous actor. Afterwards she allegedly claimed that it will take a hundred years to repair what Strasberg did to acting.

The fundamental difference between Strasberg and Adler is in how each approaches the problem of accessing emotion. Strasberg was always a strong advocate of emotional memory, i.e. using the five senses to evoke a past private emotion, whereas Adler thought that if you studied the text and truly believed in the imaginary circumstances all the emotions in the script would surface organically.

Stella Adler was much more than a teacher of acting. Through her work she imparts the most valuable kind of information - how to discover the nature of our own emotional mechanics and therefore those of others. She never lent herself to vulgar exploitations, as some other well-known so-called "methods" of acting have done. As a result, her contributions to the theatrical culture have remained largely unknown, unrecognized, and unappreciated. [Adler, Stella. "The Art of Acting". , : 2000.] :-Marlon Brando

Adler was 's first professional acting teacher. Brando met her through his sister, Jocelyn, who was studying drama with Adler, and he decided to take drama as well. Brando had been considered unsuitable for the army and had been expelled from the military school that his father had sent him to. Adler believed when she met Brando that he would be the best American actor in theater before the end of the year.

She was three times married, first to Horace Eliascheff, the father of her only child, Ellen, then to , the famous director and critic, and one of the founders of the legendary Group Theater, and last to , the physicist and novelist who died in 1973.

She died in Los Angeles, California, from heart failure at the age of 91* in 1992, and was interred in the Mount Carmel Cemetery, Glendale, New York.
* Rumor has it that Miss Adler was actually born in either 1898 or 1899, but while in Hollywood in the 1930s, was encouraged to change the year to 1901 as a pre-1900 birth was undesirable for actresses.

The acting studios Adler founded still operate in New York City and Los Angeles today. Her method, based on use of the actor's imagination, has been studied by many renowned actors, such as , , , , , , and , in addition to , who served as the studio's Honorary Chairman until his death. Adler's legacy continues with the work of the .

All works are the original Broadway productions unless otherwise noted.