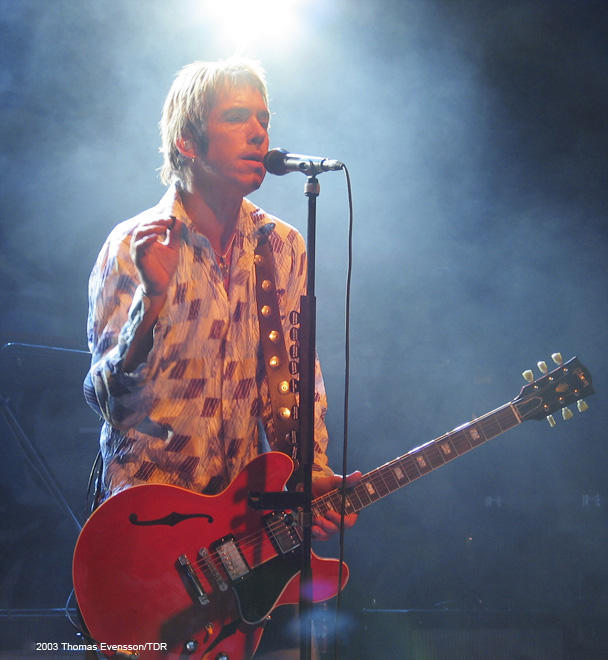 He was a founding member of in 1978, and together with a friend, singer , created Roxette in 1986. In 1990 Per Gessle wrote a single "The Sweet Hello The Sad Goodbye" for (of fame). He has also participated with the Swedish singer in the project and wrote 's 1997 UK top 10 hit single "Always Breaking My Heart".

The album "Mazarin" is five times platinum as of February 2004 in Sweden. Only "The World According To Gessle" and "Son of a Plumber" are in English; the others are sung in Swedish. "Per Gessle" and "Scener" were re-released together with a demo album in 1992 as "". In 1997 "" was released, as a best-of album.

Per Gessle released his second English album called "Son of a Plumber" in November 2005. The album contains all of Gessle's musical heritage. His father was a plumber and the 2-disc album contains a song dedicated to him, "Kurt - The Fastest Plumber In The West". On the album, some noted musicians, such as , , , and , partake. In Sweden, the album sold platinum on the first day of release. The album was also released in several other European countries in April 2006. In June 2007, he released another solo album in Swedish with the name , which shipped triple platinum.

Per Gessle is also one of three people (also including ) who own NoteHeads, a Swedish company which publishes the music notation program . [cite web
url = http://www.noteheads.com
title = Noteheads.com
accessdate = 2008-04-18]

Per Gessle's third solo album "" in English is about to see sunlight on December 3, 2008. The first single off the album "Silly Really" will be released on October 29, . The single as well as the album is a step in a new direction for one of Sweden's most successful songwriters and artists: "Normally I write the melodies first and then we build an arrangement in the studio. This time I've started with a groove and then written the melody from that, just like when I wrote that little ditty 'The Look' once upon a time," says Per with a crooked smile that's hard to read. "It’s really simple power pop, lots of choruses and such. I’m very pleased and Clarence (co-producer) feels it’s the best album I’ve ever made."

"The songs are written in the '70s '80s era type of dance music. The result is a fun album that is both immediate and in your face, but also brooding and beautiful." says Per. "My wife says the album sounds like The Bee-Gees meet Gyllene Tider. I don't really agree, but I can see her point. It has a sweet disco feeling all over it. But recognizing Per Gessle over the beats shouldn’t be a problem."

The album is made in English to be able to hit internationally. Per: "But it’s a long way to go, I don’t take anything for granted. It’s not like I’m going to England to sell out Wembley, unfortunately. But at the same time, Roxette's songs are bigger than in a long while, so we’ll see."

, he has released seven solo albums: