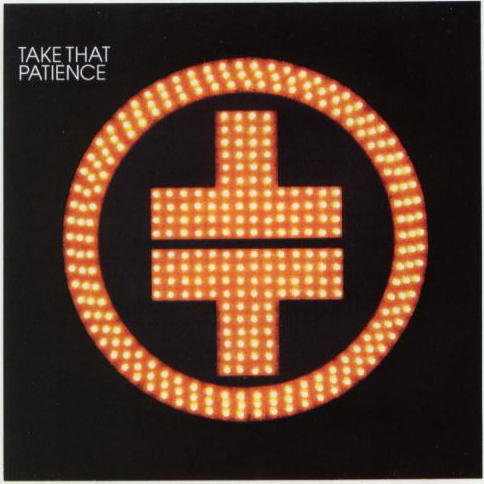 "Patience" is a song by the British boy band . "Patience" is the first single from their returning-album "Beautiful World".

"Patience" debuted at number four on the and rose to number one in its second week, staying there for four weeks. It was the 8th best-selling single in the UK of 2006 and spent ten weeks in the top ten, making it the longest that any Take That single has spent in the top ten to date. It just missed out on being the UK , being knocked off the top spot on by winner ' "".

The song debuted at number one on the German Singles Chart, [ [http://www.musicload.de/special?pageid=245&chartpage=0 Germany Top 100 Singles] ] and since its release it has sold over 150,000 copies being certified Gold by the . [ [http://www.ifpi.de/wirtschaft/gpergebnis.php?txtSuche=Take+That&strAktion=suche&Abschicken=Suche+Gold-%2FPlatin-Verleihungen+und+Jazz-Award IFPI Germany, Gold certification for "Patience"] ] Indie-rock band also chose to cover this song on the 9th of January 2008 for 's . [ [http://www.bbc.co.uk/radio1/livelounge/artist/080109_wombats.shtml BBC - Radio 1 - Live Lounge - The Wombats ] ]

Directed by David Mould, the music video follows each of the four band members as they drag their mic stands across wild coastal Iceland. The four meet on a rock and sing with waves or water cannons blasting up behind them in the dark and mist. [ [http://www.youtube.com/watch?v=txtq29e7KQo Watch "Patience" by Take That] on !]