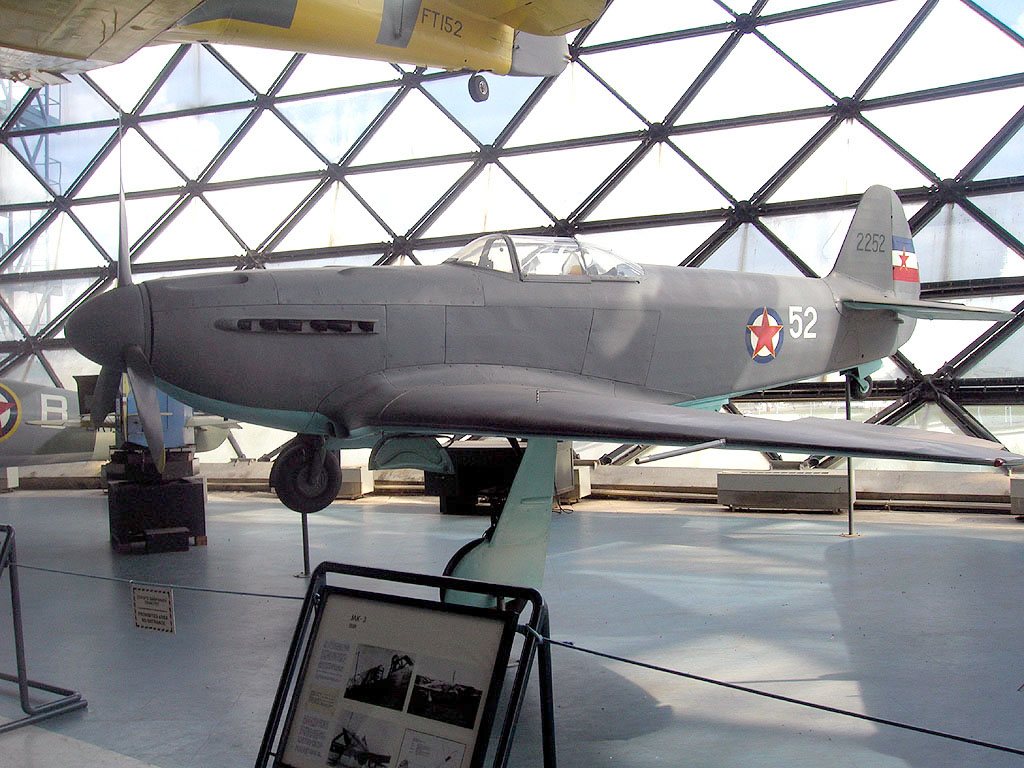 The Yak-3 (: Як-3) was a regarded as one of the best fighters of the war. It was one of the smallest and lightest major combat fighters fielded by any combatant during the war, and its high power-to-weight ratio gave it excellent performance. [ [http://www.vectorsite.net/avyak1.html Yak Piston Fighters] ]

The origins of the Yak-3 went back to 1941 when the 1-30 prototype was offered along with the I-26 as an alternative design to the Yak-1. The I-30, powered by a Klimov M-105P engine, was of all-metal construction, using a wing with on the outer panels. Like the early Yak-1, it had a ShVAK 20 millimeter cannon firing through the prop spinner and twin ShKAS 7.62 millimeter s in the nose, but was also fitted with a ShVAK cannon in each wing. The first of two prototypes was fitted with a slatted wing to improve handling and short-field performance while the second prototype had a wooden wing without slats, in order to simplify production. The second prototype crashed during flight tests and was written off. Although there were plans to put the Yak-3 into production, the scarcity of aviation and the pressure of the Nazi invasion led to work on the first Yak-3 being abandoned in the late fall of 1941.

In 1943, designed the Yak-1M which was a smaller and lighter version of the Yak-1. A second Yak-1M prototype was constructed later that year, differing from the first aircraft in instead of fabric covering of the rear fuselage, mastless radio antenna, and improved armor and . The chief test pilot for the project was so impressed with the new aircraft that he recommended that it should completely replace Yak-1 and Yak-7 with only the Yak-9 retained in production for further work with the engine. The new fighter, designated theYak-3 entered service in 1944, later than the Yak-9 in spite of the lower designation number. A total of 4,848 aircraft were produced.

The designation Yak-3 was also used for other Yakovlev projects - a proposed but never built, heavy twin-engine fighter and the A.

Lighter and smaller than Yak-9 but powered by the same engine, the Yak-3 was a very agile dogfighter and a forgiving, easy-to-handle aircraft loved by both rookie and veteran pilots. Early combat experience showed it to be superior to all fighters at altitudes below 5,000 m (16,400 ft). It could roll with the and its turn rate was far superior (it was able to complete a full circle in 18.6 seconds). The biggest drawbacks of the aircraft were its short range, the tendency of the glued-on plywood covering the top of the wings to tear away under high-G loads, and poor engine reliability in early models. The pneumatic system for actuating landing gear, flaps and brakes, typical for all fighters of the time, was problematic. Though less reliable than hydraulic or electrical alternatives, the pneumatic system was preferred due to significant weight savings.

The first 197 Yak-3 were armed with a single 20 mm and one 12.7 mm UBS , with subsequent aircraft receiving a second UBS for a weight of fire of 2.72 kg (6.0 lb) per second using high-explosive ammunition.

In addition, since 1991, a number of Yak-3s have been newly manufactured by for the market using the original plans and dies. These are powered by engines and have the designation Yak-3M. Several of these are airworthy today, mostly in the , but also in and . Others have been converted to "Yak-3U" status from Yak-11 trainers for private owners, with these aircraft also being popular worldwide.