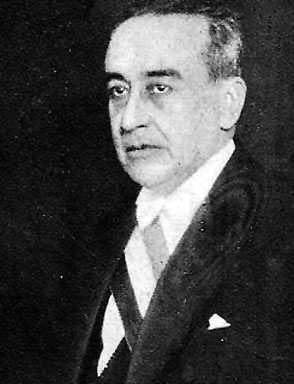 He was born in Santiago, the son of Benjamín Montero and of Eugenia Rodríguez. Juan Esteban Montero studied at the "colegio de San Ignacio" and at the . He graduated as a lawyer on , , and soon after became professor of civil and Roman law at his "alma mater". He also worked as a government lawyer and in private practice. He married Graciela Fehrman Martínez, with whom had three children: Juan Esteban, Benjamín and Carmen.

Montero's first incursion in politics was in 1931, when President named him Minister of the Interior and Social Welfare. After the resignation of president Ibáñez on , he reluctantly agreed to serve in similar position to Ibáñez's successor, ; just to find himself promoted to president the very next day, after Opazo's resignation. Montero, as a way out of the political impasse, immediately called for presidential elections. In the meanwhile he assumed as Vice President.

Very soon after, Montero accepted the presidential nomination of the Radical Party, and in order to qualify, he resigned his vicepresidency on , . The position was assumed by . The Trucco administration was only supposed to be a caretaker one, keeping order in the country until the presidential elections. Nonetheless it was faced with very difficult moments such as the in the navy, caused by the reduction of the salaries of the enlisted men (September 1-5, 1931), which was controlled only after an aerial bombing of the fleet, but which predicted difficult times ahead.

Supported by the Liberals and Conservatives as well as the Radicals, Juan Esteban Montero was the clear winner of the presidential elections, obtaining almost 64% of the popular vote, defeating leftist , a protégé of former President . He took over on , in the midst of a political and economic chaos that resulted from the market crash of 1929. His program called for the implementation of an austerity program that involved the reduction of public expenditures and public salaries, a downsizing of the public administration and an increase of the foreign debt. Notwithstanding these harsh measures, the depreciation of the currency continued, and inflation soared while the Central Bank reserves were at an all time low. This economic program only managed to cause widespread discontent, while in no way improving the economy, and in turn led to his downfall.

On , , colonel staged a coup d'état by taking over the Air Force base of El Bosque, in Santiago, and demanding the resignation of President Montero. Montero refused to call on the army to put down the coup, and instead chose to resign. That same night, the victorious revolutionaries organized a Government Junta composed of retired General , and , with colonel Grove as their minister of Defense. After this episode, Montero retired completely from politics, and went back to private practice and business. He died in Santiago, on , , at the age of 69.