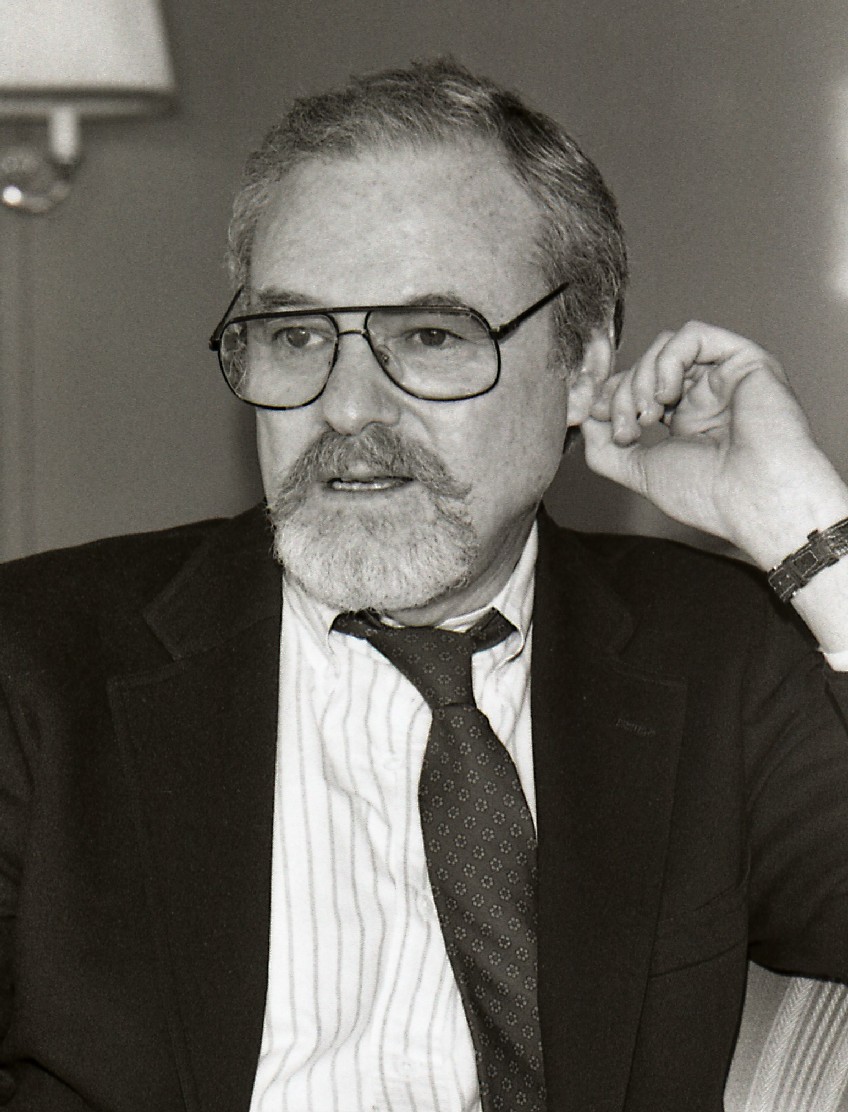 Alan Jay Pakula ( &ndash; ) was an American film director, writer and producer noted for his contributions to the genre.

Pakula started his career as an assistant in the department at . In 1957, he undertook his first production role for . In 1962, he produced "To Kill a Mockingbird", for which he was nominated for a Best Picture . In 1969, he directed his first feature, "", starring .

In 1971, Pakula released the first installment of what would informally come to be known as his " trilogy". "", the story of a private eye's relationship with a call girl (played by , who won an Oscar for her performance), was a commercial and critical success. This was followed in 1974 by "" starring , a similarly labyrinthine post-Watergate thriller notable for its experimental use of hypnotic imagery in a celebrated film-within-a-film sequence in which the protagonist is inducted into the mysterious Parallax Corporation.

Finally, in 1976, Pakula rounded out the "trilogy" with "All the President's Men", based on the bestselling account of the Watergate scandal written by and , who were played in the movie by Robert Redford and Dustin Hoffman. It was another commercial hit, considered by many critics and fans to be one of the best thrillers of the 1970s. [ [http://www.rottentomatoes.com/m/all_the_presidents_men/ All the President's Men Movie Reviews, Pictures - Rotten Tomatoes ] ]

Pakula scored another hit in 1982 with "Sophie's Choice", starring . His screenplay, based on the novel by , was nominated for an Academy Award. Later commercial successes included "Presumed Innocent", based on the bestselling novel by , and another political thriller, "The Pelican Brief", an adaptation of 's bestseller.

Pakula was born in to Polish ish parents Jeanette (née Goldstein) and Paul Pakula. [ [http://www.filmreference.com/film/62/Alan-Pakula.html Alan Pakula Biography (1928-) ] ] He was educated at , where he majored in . From , to 1971, Pakula was married to actress . He was married to Hannah Cohn Boorstin in 1973, until his death.

Pakula died in 1998 in a bizarre car accident on the in at the age of 70. A driver in front of him struck a metal pipe, which went through Pakula's windshield, striking him in the head and causing him to swerve off the road and into a fence. He was killed instantly.