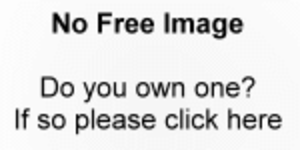 Banville is known for his precise and cold prose style, Nabokovian inventiveness, and for the dark humour of his generally arch narrators. His stated ambition is to give his prose "the kind of denseness and thickness that poetry has". [Steinberg, Sybil." [http://www.publishersweekly.com/article/CA6280841.html?text=john+banville Who Is John Banville?] ". Publishers Weekly, July, 1995. Retrieved on , .]

Banville was born in , . His father worked in a garage and died when Banville was in his early thirties; his mother was a housewife. He is the youngest of three siblings; his older brother Vincent is also a novelist and has written under the name Vincent Lawrence as well as his own.

Educated at a Christian Brothers' school and at St Peter's College in Wexford, he did not attend university. After school he worked as a clerk at which allowed him to travel at deeply-discounted rates. He took advantage of this to travel in Greece and Italy. He lived in the United States during 1968 and 1969. On his return to Ireland he became a sub-editor at the "", rising eventually to the position of chief sub-editor. His first book, "Long Lankin", was published in 1970.

After the "Irish Press" collapsed in 1995, [" [http://archives.tcm.ie/westernpeople/2005/05/25/story25483.asp The day the Press stopped rolling] ". "Western People" (IRL), , . Retrieved on , .] he became a sub-editor at the "". He was appointed literary editor in 1998. The "Irish Times", too, suffered severe financial problems, and Banville was offered the choice of taking a redundancy package or working as a features department sub-editor. He left. Banville has been a regular contributor to "" since 1990. In 1984, he was elected to , but resigned in 2001, [" [http://aosdana.artscouncil.ie/formermembers.html Former Members of Aosdána] ". . Retrieved on , .] so that some other artist might be allowed to receive the "cnuas".

Banville also writes under the pen name Benjamin Black. [From a Radio 4 programme on 15th October 2007 in which Banville was interviewed.] His first novel under this pen name was "Christine Falls", which was followed by "The Silver Swan" in 2007. Banville has two adult sons with his wife, the American textile artist Janet Dunham. They met during his visit to San Francisco in 1968 where she was a student at the . Dunham described him during the writing process as being like "a murderer who's just come back from a particularly bloody killing". [Emma Brockes " [http://books.guardian.co.uk/bookerprize2005/story/0,,1590052,00.html 14th time lucky] ". "The Guardian", , . Retrieved on , .] Banville has two daughters from his relationship with Patricia Quinn, former head of the .

Banville is considered by critics as a master stylist of the English language, and his writing has been described as perfectly-crafted, beautiful, dazzling. [" [http://www.randomhouse.ca/catalog/display.pperl?isbn=9780375725302 Shroud] ". Random House, 2004. Retrieved on , .] David Mehegan of the "Boston Globe" calls Banville "one of the great stylists writing in English today;" calls his work "dangerous and clear-running prose;" and the UK "Observer" described his 1989 work, "The Book of Evidence", as "flawlessly flowing prose whose lyricism, patrician irony and aching sense of loss are reminiscent of ""." He is also known for his dark humour, and sharp wit. [" [http://books.guardian.co.uk/authors/author/0,,-241,00.html John Banville (1945-)] ". "Guardian" (UK). Retrieved on , .]