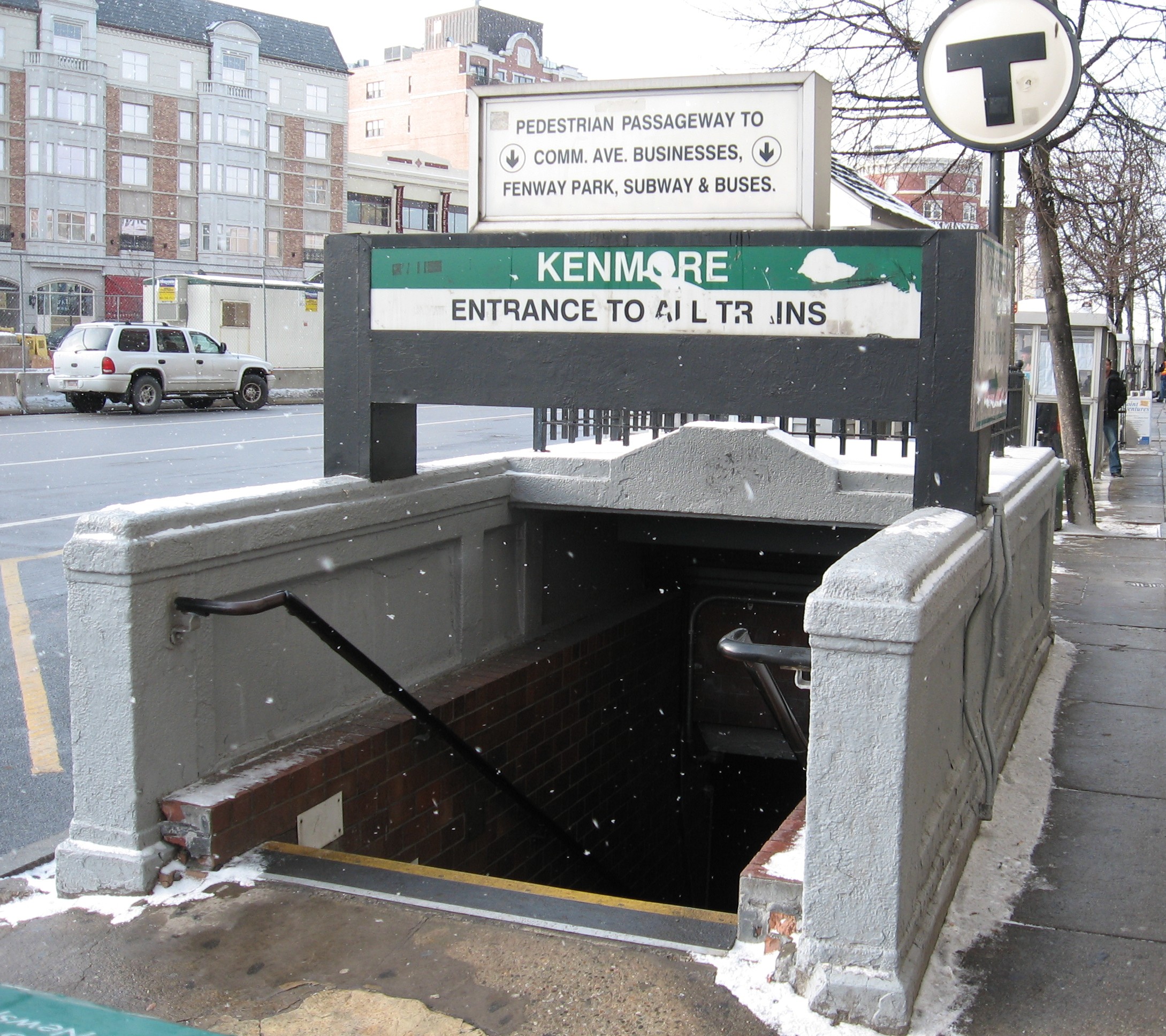 Kenmore (also known as Kenmore Square) is an dual-island platform station in the area of . The station, owned and managed by the , lies on the Green Line's "B," "C," and "D" branches. It is located at the intersection of four major road and rail transport arteries: Commonwealth, Beacon, and Brookline Avenues, and .

The station serves as the branching off point for the B, C, and D trains on the Green Line. While all trains follow the same route going inbound (with the exception of the E train which doesn't join the others until Copley Square), going outbound they split at Kenmore branching off into different above-ground routes.

Kenmore station is the primary station for passengers wishing to go to , located just one block away. However, many travel to Fenway station despite its longer distance from the stadium.

The station was closed for two months in 1996, after the Muddy River overflowed its banks, completely submerging the platform and some of the mezzanine.

Until , , Kenmore was the last Green Line station heading outbound where passengers were required to pay a fare upon boarding, as boarding outbound trains at surface stops was free. Passengers now pay fares at surface stops regardless of whether they are going inbound or outbound. It was for this reason that fans going home from the game to the region (serviced by the D) were advised to use the 'Fenway' stop.

Since 2005, Kenmore has been undergoing re-construction in order to meet ADA accessibility requirements. Despite the almost constant work, the station has remained open. Major works include raised platforms for level boarding with Green Line trains, elevators and escalators, , a new bus shelter with a transparent semi-arched canopy, and a new glass canopy will be placed in the middle of the intersection. The reported that there were severe delays in construction and that the construction would be completed by November 2007;