The Technische Universität Dresden (usually translated[1] from German as Dresden University of Technology and abbreviated TU Dresden or TUD) is the largest institute of higher education in the city of Dresden, the largest university in Saxony and one of the 10 largest universities in Germany with 36,066 students as of 2010[update].[2] The name Technische Universität Dresden has only been used since 1961; the history of the university, however, goes back nearly 200 years to 1828. This makes it one of the oldest colleges of technology in Germany, and one of the country’s oldest universities, which in German today refers to institutes of higher education which cover the entire curriculum. The university is member of TU9, a consortium of the nine leading German Institutes of Technology.

In 1828, with emerging industrialization, the "Saxon Technical School" was founded to educate skilled workers in technological subjects such as mechanics, mechanical engineering and ship construction. In 1871, the year the German Empire was founded, the institute was renamed the Royal Saxon Polytechnic (Königlich-Sächsisches Polytechnikum). At that time, subjects not connected with technology, such as history and languages, were introduced. By the end of the 19th century the institute had developed into a university covering all disciplines. In 1961 it was then given its present name, the Dresden University of Technology (Technische Universität Dresden). 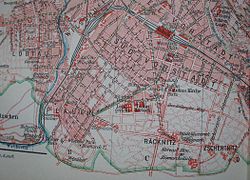 Upon German reunification in 1990, the university had already integrated the College of Forestry (Forstliche Hochschule) in the nearby small town of Tharandt. This was followed by the integration of the Dresden College of Engineering (Ingenieurshochschule Dresden), the Friedrich List College of Transport (Hochschule für Verkehrswesen) the faculty of transport science, and the “Carl-Gustav Carus” Medical Academy (Medizinische Akademie or MedAk for short), the medical faculty. Some faculties were newly founded: the faculties of Information Technology (1991), Law (1991), Education (1993) and Economics (1993).

The Dresden University of Technology is organized into 14 faculties. Almost all faculties are located on the main campus South of the city center, except for the Faculty of Medicine which has its own campus near the Elbe river East of the city center and the Department of Forestry in Tharandt.

With 4,390 students the Faculty of Mathematics and the Natural Sciences is the second-largest faculty at the university. It is composed of 5 departments, Biology, Chemistry, Mathematics, Physics and Psychology. The departments are all located on the main campus. In 2006, a new research building for the biology department opened. In October 2006 the Deutsche Forschungsgemeinschaft decided to fund a new graduate school, the Dresden International Graduate School for Biomedicine and Bioengineering and a so called cluster of excellence From Cells to Tissues to Therapies.

With regard to its ability to generate research money from industry partners, the TU Dresden belongs to the most successful in Germany. In 2004 3,564 projects were financed with 104.1 million Euro from outside sources (other than state funds). The TU Dresden benefits from the strong research tradition in microelectronics and transport sciences in the Dresden area, but also from the establishment of new research fields such as Biotechnology.

The university has established a strong partnership with the Max Planck Institute for Molecular Cell Biology and Genetics in molecular bioengineering. As part of the German Universities Excellence Initiative, the Deutsche Forschungsgemeinschaft has decided to fund a Cluster of Excellence "From Cells to Tissues to Therapies: Engineering the Cellular Basis of Regeneration" (DFG-Center for Regenerative Therapies Dresden), the as well as a new graduate school, the "Dresden International Graduate School for Biomedicine and Bioengineering" with about 300 PhD students.

The Deutsche Forschungsgemeinschaft funds research in the area of electromagnetic flow influence in metallurgy, artificial crystal formation and electrochemistry. Other research is done on the Meissner effect and artificial fibers (textile).

Since the early 1990s, the Dresden area has developed into a so called Silicon Saxony and the TU Dresden is incorporated in this network with three departments of the Faculties of Electrical Engineering and Sciences. Together with the Fraunhofer Center for Nano-electronic technologies (CNT), which is also in Dresden, it is one of the leading universities in the field of nanotechnology. There is also a research cooperation with the semiconductor company Qimonda.

The university has a partnership with the Fraunhofer-Institut for Transport and Infrastructure systems to research on IT-systems for public transport in Dresden. 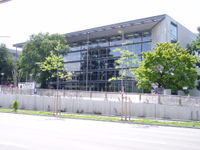 The university offers a comprehensive spectrum of courses and research. It has a high reputation in technical fields such as electrical engineering, computer science, photo optics, engine construction and traffic logistics.

In university rankings, particularly in the German professional magazine “Wirtschaftswoche” (Economics Weekly), the best ranked courses are usually engineering, medicine, architecture, psychology as well as Business Administration and economics. Special attention and praise is given to the field of international relations, with the university offering the only undergraduate studies in international relations in Germany, accession to which is restricted by comprehensive admission exams. The university is also highly recognized for the high number of entrepreneurs among the graduates (for example in bioscience firms) and the amount of funds raised from outside sources.

The number of students per professor is lower than the national average but the quality of facilities is ranked slightly worse.

The university is currently developing new strategies to make itself more independent from state funding and decision making. As one of the first universities in Germany it has opened a branch in Hanoi, Vietnam offering a Master's course in mechatronics. It also maintains close partnerships with leading universities around the world, e.g. Boston University, Georgetown University, Harvard Medical School, Tongji University and POSTECH.

In 2009 TU Dresden, all Dresden institutes of the Fraunhofer Society, the Gottfried Wilhelm Leibniz Scientific Community and the Max Planck Society and Forschungszentrum Dresden-Rossendorf, soon incorporated into the Helmholtz Association of German Research Centres, published a joint letter of intent with the name DRESDEN-Konzept - Dresden Research and Education Synergies for the Development of Excellence and Novelty, which points out worldwide elite aspirations, which was recognized as the first time that all four big post-gradual elite institutions declared campus co-operation with a university. These German semi-public institutes hire their team leaders globally and settle freely within Germany and the city of Dresden has appealed to an unmatched absolute number of them.

TU Dresden is a campus university in most aspects. Some of its buildings are more than a hundred years old (such as the buildings around Muenchner Platz square). The architecture of these buildings is mostly influenced by the art nouveau style or the Bauhaus school (e.g. the Chemistry building Fritz-Foerster-Bau). In recent years these historic building have been complemented by modern buildings (e.g. the library, the main auditorium, the biochemistry department or the life sciences building).

The main campus, as well as the medical faculty and that of Computer Science, are all within the boundaries of the city of Dresden. The main campus is located South of the city center, mostly in the area bordered by Nöthnitzer Straße, Fritz-Förster-Platz and Münchner Platz; the medical faculty can be found in the Johannstadt district. The faculty of forestry resides in a forest area in the nearby town of Tharandt.

Of the roughly 35,000 students, 45% are studying Engineering Sciences, 36.2% Humanities and Social Sciences, 12.5% Natural Sciences and Mathematics and 6.3% Medicine.

The origin of the students is based on the location where the A-level exams have been completed.

There are 3,442 international students enrolled at the TU Dresden (2005/2006). Most of the foreign students come from Europe (1,527), followed by Asia (1,404) and America (170). Ranked by countries the largest group of students comes from China (710), followed by Poland (294), Vietnam (196), Bulgaria (160) and Russia (154). The university is also quite popular among Central and East European countries such as the neighboring Czech Republic or Ukraine. Also, through the Erasmus programme and partnerships with universities in the USA, there are many English, French and Spanish speaking students. The language spoken during lessons is nearly always German on most faculties. To prepare for admissions to the university, many foreign students attend German language courses at the University affiliated language school TUDIAS-Sprachschule.

International students interested in TU Dresden should visit the websites of the "Akademisches Auslandsamt" (International office) for more information. This office is responsible for handling international applications.

A number of activities for international students facilitates their integration and help students to find new friends. Most notably the Erasmus-Initiative TU Dresden offers many group activities throughout the semester which are open to all students (not only to Erasmus participants). A student run program, the LinkPartnerProgramm matches every interested international student with a German student, to help him or her with questions arising during the first weeks, be it regarding course registration or any other issue students might have.

Sports are very popular among the TUD students. There are eight big students' clubs and the summer campus party is considered to be the biggest in Germany. There are cafeterias as at most universities and the largest refectory can compete with some restaurants even as far as menu size.

The university in numbers