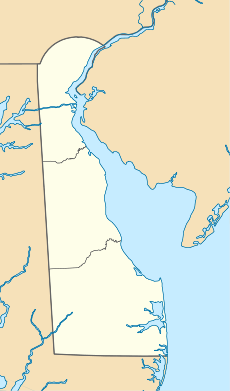 Dover AFB is also the home for the largest military mortuary in the Department of Defense, and has been used for processing military personnel killed in both war and peacetime; the remains of those killed overseas are traditionally brought to Dover before being transferred to family. The Charles C. Carson Center for Mortuary Affairs has also been used to identify remains of civilians in certain exceptional circumstances: in 1978 for the victims of the Jonestown mass murder/suicide, in 1986 for identifying the remains of the crew of the Space Shuttle Challenger, and in 2003 for the crew of the Space Shuttle Columbia. It was also a major site for identifying the remains of military personnel killed in the 9/11 attacks. During the night of October 28, 2009, before making a decision on the committal of further troops to Afghanistan, President Barack Obama visited the base to receive the bodies of several American soldiers killed in Afghanistan.

Two sections of the 436th Aerial Port Squadron warehouse collapsed on February 18, 2003, as a result of a record snow storm. No one was injured in the collapse that caused more than an estimated $1 million in damages. The damage covered two of the six cargo processing bays in the facility.

It is also home to the Air Mobility Command Museum.

Construction of Municipal Airport, Dover Airdrome began in March 1941 and the facility was opened on December 17, 1941. It was converted to an Army Air Corps airfield just weeks after the December 7, 1941 attack on Pearl Harbor. It was renamed Dover Army Airbase on April 8, 1943; *Dover Subbase on June 6, 1943 and Dover Army Airfield on February 2, 1944. With the establishment of the United States Air Force on September 18, 1947, the facility was renamed Dover Air Force Base on January 13, 1948.

The origins of Dover Air Force Base begin in March 1941 when the United States Army Air Corps indicated a need for the airfield as a training airfield and assumed jurisdiction over the municipal airport at Dover, Delaware.

Once the airport came under military control an immediate construction program began to turn the civil airport into a military airfield. Construction involved runways and airplane hangars, with three concrete runways, several taxiways and a large parking apron and a control tower. Several large hangars were also constructed. Buildings were ultimately utilitarian and quickly assembled. Most base buildings, not meant for long-term use, were constructed of temporary or semi-permanent materials. Although some hangars had steel frames and the occasional brick or tile brick building could be seen, most support buildings sat on concrete foundations but were of frame construction clad in little more than plywood and tarpaper. Initially under USAAC, the name of the facility was Municipal Airport, Dover Airdrome and the airfield opened on 17 December 1941. The airfield was assigned to First Air Force

On 20 December the first military unit arrived at Dover’s new airfield: the 112th Observation Squadron of the Ohio National Guard which flew anti-submarine patrols off the Delaware Coast. In early 1942, three B-25 Mitchell bomber squadrons arrived with the 45th Bombardment Group from I Bomber Command and later Army Air Forces Antisubmarine Command with a mission to patrol the Atlantic coast, locate and assumed the anti-submarine mission.

On 8 April 1943, the name of the airfield was changed to Dover Army Air Base. The antisubmarine mission ended on 6 June and construction crews moved back to the base for a major upgrading project that that lengthened the main runway to 7,000 feet. During the construction period and continuing into June 1944, Dover AAB became a sub-base of Camp Springs Army Airfield, Maryland.

Full operational capability was restored to Dover in September, and seven P-47 Thunderbolt squadrons arrived for training in preparation for eventual involvement in the European Theater. The 83d Fighter Group was assigned to Dover as the Operational Training Unit. The 83d was redesignated the 125th Base Unit on 10 April 1944 with little change in its mission. It was further redesignated as the 125th Army Air Force base Unit on 15 September 1944.

In 1944 the Air Technical Service Command chose Dover as a site to engineer, develop, and conduct classified air launched rocket tests. The information collected during these experiments resulted in the effective deployment of air-to-surface rockets in both the European and Pacific combat theaters.

On 1 September 1946 as a result of the drawdown of United States forces after World War II, Dover Army Airfield, was placed on temporary inactive status. A small housekeeping unit, the 4404th Base Standby Squadron, remained on the airfield for care and maintenance of the facility. 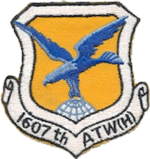 Dover Airfield was reactivated on 1 August 1950 as a result of the Korean War and the expansion of the United States Air Force in response to the Soviet threat in the Cold War. On February 1, 1951, the 148th Fighter Interceptor Squadron of the Pennsylvania Air National Guard arrived with P-51 Mustangs. During the 1950s problems developed with many of the facilities in Dover, which had been hastily constructed to support its World War II mission. As a result a massive Civil Engineering project was undertaken to modernize the base.

On April 1, 1952 Dover was transferred to the Military Air Transport Service (MATS) and became home to 1607th Air Transport Wing. A full function hospital was completed in 1958 and base housing was expanded to handle 1,200 families in 1961. On January 1, 1966, the Military Air Transport Service was redesignated the Military Airlift Command (MAC). Along with the reorganization, the 1607 ATW was deactivated and the 436th Military Airlift Wing (436 MAW) activated and assumed the mission at Dover. The 436 MAW started replacing C-141 Starlifters and C-133 Cargomasters with the new C-5 Galaxy in 1971. Two years later Dover became the first all C-5 equipped wing in the Air Force, trading the last of its C-141 to Charleston AFB, South Carolina.

When war broke out between Israel and the combine forces of Egypt and Syria on October 13, 1973 (the Yom Kippur War) the 436 MAW responded with a 32-day airlift that delivered 22,305 tons of munitions and military equipment to Israel. The 436 MAW also assisted in the evacuation of Americans from Iran on December 9, 1978 following the Islamic Revolution. That year, Dover Air Force Base was also used to store hundreds of bodies from the mass murder and suicide of the Jonestown community in Guyana.[3][4]

Some of the more memorable flights during the post-war period included the airdrop and test firing of a Minuteman I intercontinental ballistic missile and the delivery of a 40-ton superconducting magnet to Moscow during the Cold War, for which the crew received the Mackay Trophy.

After the Space Shuttle Challenger disaster, the remains of the seven astronauts were transferred to Dover AFB. It is one of only seven airports in the country that serve as launch abort facilities for the Space Shuttle.[5]

In March 1989, C-5s from Dover delivered special equipment used to clean up the Exxon Valdez oil spill in Prince William Sound. On June 7, 1989, while attending the Airlift Rodeo, a 436 MAW C-5 set a world record when it airdropped 190,346 pounds and 73 paratroopers. In October 1983, the wing flew 24 missions in support of Operation Urgent Fury, the Grenada rescue operation and later flew 16 missions to support Operation Just Cause, the invasion of Panama, in August 1989.

During Desert Shield, the wing flew approximately 17,000 flying hours and airlifted a total of 131,275 tons of cargo in support of combat operations to free the Kingdom of Kuwait.

In 1992, with the disestablishment of Military Air Command, Dover AFB was transferred to the newly established Air Mobility Command (AMC) and the 436 MAW and 512 MAW (Associate) were redesignated as the 436th Airlift Wing (436 AW) and the 512th Airlift Wing (512 AW), respectively. Dover also served as a major port of entry and exit for the conflicts in the Balkans and Somalia during the latter half of the 1990s.

Following the attacks of September 11, 2001, the 436 AW and 512 AW became major participants in Operation Enduring Freedom and Operation Iraqi Freedom. An aircrew from Dover's 3rd Airlift Squadron landed the first C-5 in Iraq in late 2003 when they landed at Baghdad International Airport and the two wings continue to support operations in the region.

Also following September 11, 2001, Army mortuary specialists organized support for Pentagon recovery efforts out of the Base.[6] This effort evolved into the Joint Personal Effects Depot, which supports recovery and redistribution of the personal effects of wounded and killed personnel from all arms of the military.[6] In 2003, the Depot was transferred to Aberdeen Proving Ground in Maryland.[6] The Depot returned to Dover in 2011, when in April a new $14 million USD custom-built facility officially opened.[6]

By 2008, the air traffic tower serving the airfield, built in 1955, was the oldest such tower in use in the United States Air Force.[7]

According to the United States Census Bureau, the base has a total area of 0.7 square miles (1.7 km²), all of it land.

It is part of the Dover, Delaware Metropolitan Statistical Area. Part of the base was a census-designated place (CDP), which had a population of 3,394 at the 2000 census.

There were 6,032 households out of which 76.1% had children under the age of 18 living with them, 90.2% were married couples living together, 5.4% had a female householder with no husband present, and 1.4% were non-families. 1.2% of all households were made up of individuals and 0.2% had someone living alone who was 65 years of age or older. The average household size was 3.29 and the average family size was 3.30.

The base is treated as a census-designated place named "Dover Base Housing." Since 1997, the base has been served by three highway exits with Delaware Route 1, allowing quick access to Dover and to southern Delaware from the complex. Dover AFB provides almost $470 million a year in revenue to the city of Dover, making it the third largest industry in Delaware. 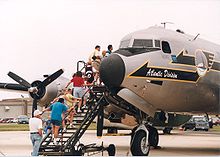 C-54 with visitors at the AMC museum

Hangar 1301 at Dover Air Force Base is home to the Air Mobility Command museum.[10] The museum is dedicated to military airlift and air refueling aircraft and the people who maintain them. It has a large collection of fully restored cargo and tanker aircraft. Tours are conducted during the day by volunteers, many of whom are retired pilots, navigators, flight engineers and loadmasters who provide first-person narratives of actual events. The hangar encloses over 20,000 square feet (1,900 m2) of aircraft display gallery plus 1,300 square feet (120 m2) of exhibit rooms. An attached 6,400-square-foot (590 m2) building houses a theater, museum store, exhibit workshop, and various offices. A 100,000-square-foot (9,300 m2) aircraft parking area allows close-up inspection of the outside aircraft. The museum also maintains archives related to the history of the Air Mobility Command and Dover AFB.