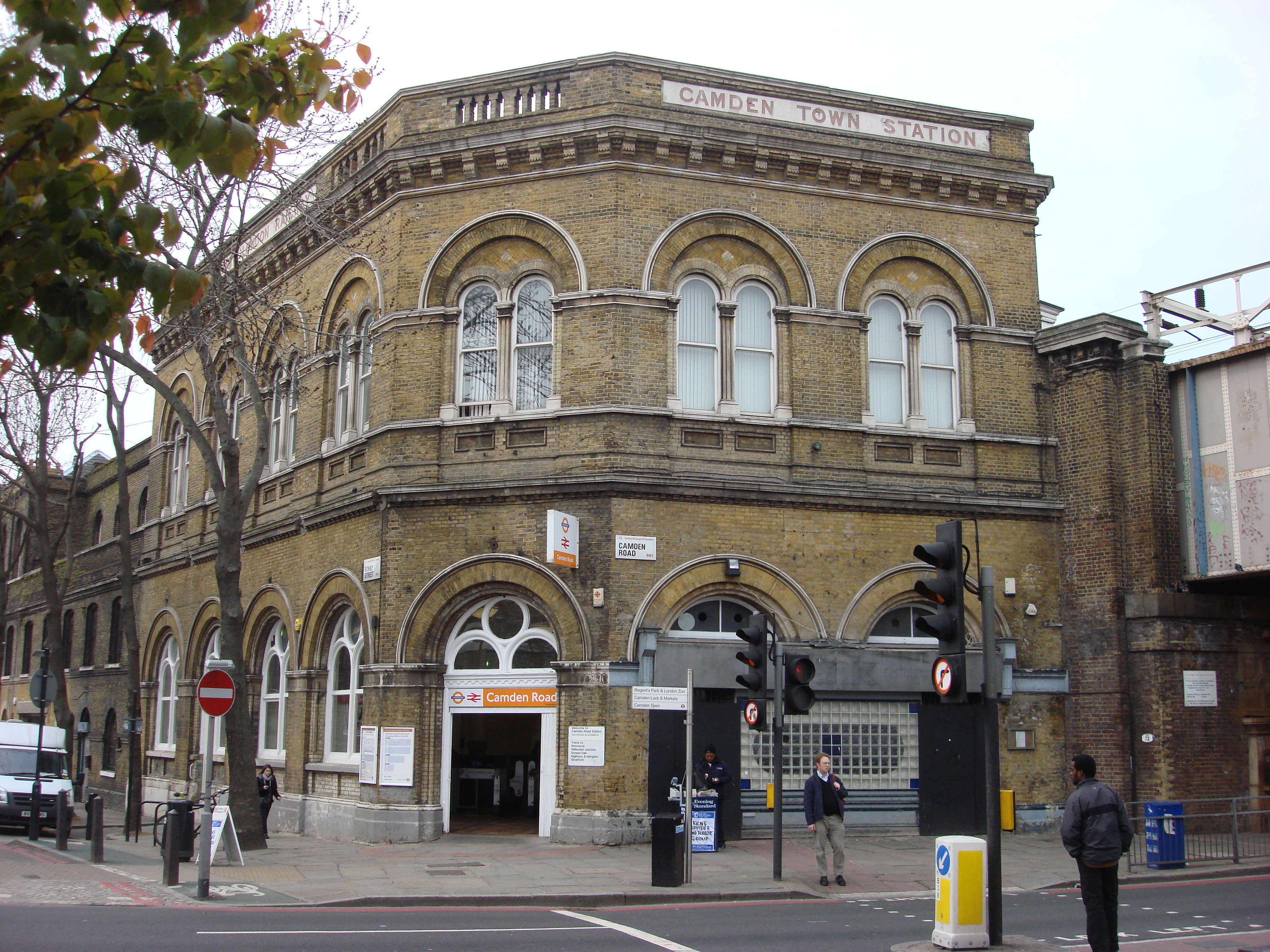 Camden Road railway station is in the in . The station and all trains serving it are operated by . It is in .

The present station, at the corner of Royal College Street and Camden Road, was opened as Camden Town by the on the on . It was renamed Camden Road on to avoid confusion with 's Camden Town on the which is 300 metres to the southwest, however the accompanying 2008 photograph shows the original name still displayed on the parapet.

The opened its Camden Road railway station in 1868 on the extension to . It closed in 1916. It was about 500 metres east of the present station.