It is a state-run university that offers 5- and 6-year Master's degree programs. As of 2007, the Academy's faculty comprised 94 professors and assistant professors as well as 147 Ph.D.s.

The Academy of Fine Arts was originally a subdivision of the Jagiellonian University's Department of Literature and was initially (1818-1873) called School of Drawing and Painting (Szkoła Rysunku i Malarstwa). It received the status of an independent institution of higher learning in 1873 as the School of Fine Arts (Szkoła Sztuk Pięknych). The first President of the Academy was painter Jan Matejko. The main building based on a neoclassical design by architect Maciej Moraczewski was erected in today's Matejko Square in 1879. The first professors were Florian Stanisław Cynk, Aleksander Gryglewski and Leopold Loeffler.

On the 100th anniversary of its founding, in 1979, the Academy was named for Jan Matejko, its founder and first president, who contributed greatly to its artistic legacy.

In 2008 the Academy joined Icograda (the International Council of Graphic Design Associations) and became that organization's first educational member in Poland. 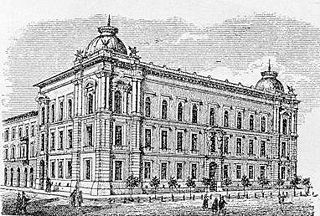 19th-century etching of the Academy, then named the "Kraków School of Drawing and Painting"