LRWT also campaigns for wildlife, protecting threatened habitats like wild flower meadows and threatened species such as ospreys, otters and water voles. By holding activities and events such as orchid rambles and birdwatching fairs, the trust gives people of all ages the chance to experience local wildlife. The Trust also advises landowners on important nature conservation issues.

The Leicestershire and Rutland Wildlife Trust is based in Leicester and is managed by an elected Council of Trustees. It is a registered charity (no.210531) and a company limited by guarantee (no.561833). The Trust's work is done by over 20 professional staff and 400 active volunteers, who help with the conservation and with essential fundraising events. The trust's patron and vice-president is Sir David Attenborough.

The following is a list of some of the reserves currently managed by the trust.

This 2.2 hectares (5.4 acres) reserve is located about 13 kilometres (8 mi) north-west of Leicester on the outskirts of Markfield. It is owned by LRWT and is a Regionally Important Geological Site. The main habitat is rough heath-grassland, with scrub, drystone walls and 600-700 million year old rock outcrops. Notable species include mat-grass, heath bedstraw and tormentil, as well as several species of lichen that are uncommon in Leicestershire.

Despite its small size (1.2 hectares (3.0 acres)) this former quarry, disused since 1957, is rich in species. It is cut into the Upper Lincolnshire oolitic limestone and now provides a limestone-grassland habitat which is rare in the two counties. Species present include horseshoe vetch, yellow-wort, autumn gentian and both bee and pyramidal orchids. Common lizards are often seen.

This site is next to both North Quarry and Holwell Mineral Line, roughly 5 kilometres (3 mi) north of Melton Mowbray. All three reserves are owned by the trust. Brown's Hill is a Regionally Important Geological Site due to its exposed Middle Lias Marlstone and Upper Lias Paper Shales. Habitats include some bare rock faces and slopes and spoil heaps, now colonised by herb-rich grassland. Management of the site is aimed at preventing dominant grasses and scrub from crowding out grassland plants, such as common spotted orchids, perforate St John's wort, hare's-foot clover, meadow vetchling and viper's bugloss. Dingy skipper, green hairstreak and common blue butterflies have been recorded, as have Natterer's, Daubenton's, brown long-eared and pipistrelle bats.

Situated about 1.5 kilometres (1 mi) north-west of Copt Oak the reserve consists of Burrow Wood, Cat Wood and the field in-between, for a total of 26.67 hectares (65.9 acres). Both woods are ancient woodlands, dominated by pedunculate oak. Also present is an understorey of holly and rowan, some of which rival the oak in size. Management of the site is aimed at the removal of non-native species and the creation of a link between the woods, by encouraging natural regeneration in the field that separates them. Burrow wood is noted for its rich displays of bluebells.

One of the earliest reserves established by LRWT, Charnwood Lodge covers 227 hectares (560 acres), much of which has SSSI status. It is a National Nature Reserve. It has a variety of habitats, including heath grassland, acid grassland, mixed woodland and wet areas dominated by sphagnum moss. Scrub is controlled by grazing and ongoing efforts control bracken, rhododendron and sycamore. Features of interest include 600 million year old Precambrian rock outcrops and plant species such as bog pimpernel, climbing corydalis, lemon-scented fern and marsh violet, some of which are scarce in the two counties. Other species recorded include curlew, wheatear, tree pipit, holly blue butterflies and noctule bats.

Situated in north-west Leicestershire, about 1.5 kilometres (1 mi) south-east of the village of Breedon on the Hill. The site covers 33 hectares (82 acres) and is part of a SSSI. Cloud is an ancient woodland, founded on boulder clay and keuper marl. Coppicing has been re-introduced to the wood, to encourage such locally rare species as herb paris, violet helleborine, greater butterfly orchid and Solomon's seal.

Situated about 5 kilometres (3 mi) from Wymondham village, Cribb's Meadow is both a SSSI and a National Nature Reserve. A small reserve, at 5 hectares (12 acres) its main habitat is grassland, on calcareous clay. There are ponds with great crested newts. Flora include adder's tongue, water avens, green-winged orchid, agrimony and great burnet. The name commemorates the boxer Tom Cribb who fought the American Tom Molineaux for the heavyweight championship of England close by at Thistleton Gap on 28 September 1811.

Named for the former Hon. Scientific Officer for the trust, this reserve occupies 5.75 hectares (14.2 acres) either side of the River Soar. It is a SSSI. Habitats include the river and its banks, as well as neutral and siliceous (sandy) grassland. Several uncommon grassland plants are found, including meadow clary, upright chickweed, meadow saxifrage, common stork's-bill and subterranean clover.

Located at the head - southern end - of Staunton Harold reservoir, on the borders of Leicestershire and Derbyshire covers 23.5 hectares (58 acres) within a SSSI. A former lead and limestone mine, it now consists of heath grassland and broadleaved woodland. Old mine pits form deep pools, which are fed by streams. Plant species in the meadow area include sheep's fescue, heath grass, heath bedstraw and harebell. In early spring large numbers of snowdrops flower, in the south-western end of the reserve.

Lying in the Eye Brook valley, Great Merrible is a 12 hectares (30 acres) ancient woodland, a part of the Eye Brook Valley Woods SSSI. The canopy consists of ash and pedunculate oak, with a shrub layer of hazel and field maple. As well as spectacular displays of bluebells in spring, a number of unusual plant species are found, such as herb paris, broad-leaved helleborine and violet helleborine.

Sited alongside Brown's Hill and North Quarry, the reserve consists of 0.8 kilometres (0.50 mi) of former railway line, which was used to transport ironstone to works in nearby Holwell. It has a range of habitats, including rough grassland, scrub, marsh and young woodland. Management involves cutting back scrub (mostly sallow) to encourage the rich herb layer, with plants such as ragged-robin, marsh thistle and common toadflax. 142 plant species have been recorded.

Covering 8.1 hectares (20 acres) in north-west Leicestershire, Kelham Bridge was once used for sewage disposal. It has been restored to provide rich habitats along the river Sence, which meanders through the site. The reed beds provide cover for reed, sedge and grasshopper warblers, as well as water shrews and otters. 15 species of dragonfly have been recorded and 19 species of butterfly. Kelham Bridge is noted for its raptors, with notable sightings including merlin, osprey and all three British species of harrier.

Formed from 27.5 hectares (68 acres) of worked-out limestone mine, Ketton is a SSSI, located near the village of the same name. The pits and hills have been colonised by calcerous grassland plants and scrub, including Bee Orchid, yellow-wort and autumn gentian. Adders are often seen and glow worms display in season. The site contains the only known colony of yellow bird's nest in the two counties. This unusual plant has no chlorophyll, living instead by parasitism upon fungi.

These two ancient woodland reserves are located between Launde and Loddington. The Park Wood covers 54.4 hectares (134 acres) while the Big Wood covers 40.4 hectares (100 acres) and is a SSSI. Both are ancient woodlands. The Big Wood is dominated by pedunculate oak, ash, hazel and field maple. The ground flora is extremely rich, with sweet woodruff, golden saxifrage and nettle-leaved bellflower all present. Badgers have excavated several setts and white letter and purple hairstreak butterflies are seen. The Park Wood has clear felled within the last fifty years and planted with non-native conifers. Management of the site is aimed at removing these, so that native trees might re-colonise the wood. Nonetheless, early purple orchids are frequently seen and the rare fragrant agrimony grows beside the rides.

This 12 hectares (30 acres) reserve is part of a SSSI and has a mix of neutral to slightly acid meadow and some marshy ground. The stream running through the reserve is very clean and is habitat for many invertebrates. Pignut grows here, providing food for the chimney sweeper moth. The site incorporates the remains of a medieval assart and evidence of ploughing, which comprise a Scheduled Ancient Monument.

The reserve is an unimproved hay meadow, covering 30.6 hectares (76 acres) and part of a SSSI. It is periodically flooded by the River Soar. Plant species include great burnet, and pepper saxifrage, as well as being the only site in the county for narrow-leaved water dropwort, which is nationally scarce.

This small marsh was formed by excavation for building materials at the turn of the 19th/20th centuries. It is part of Brock's Hill Country Park, where LRWT is based. Habitats include reed beds, ponds and scrub. The reed beds are dominated by great willowherb and common reed with other species present including blunt-flowered reed and water figwort. A variety of birds have bred, including kingfishers.

Located close to the village of the same name, Lyddington Meadow covers 1.3 hectares (3.2 acres) of semi-improved grassland, subject to occasional flooding. The plants species found, such as great burnet and meadow foxtail, are typical of grassland in river valleys.

This 12.6 hectares (31 acres) SSSI, near the village of Greetham, Rutland, owes much of its wildlife to the attitude of its former owner George Merry, who for decades managed the site, without fertilisers or herbicides. Management by grazing and hay cutting continues. The dry, neutral grassland is highly species rich, with many orchids, such as green-winged orchid, common and heath spotted orchids and the rare frog orchid. Other plant species include adder's tongue, saw-wort and pepper saxifrage. Chimney sweeper moths are abundant, due to the presence of their food plant, pignut.

The smallest reserve, at 0.65 hectares (1.6 acres), with a spring-fed marsh, hawthorn scrub and some rough grassland. It was gifted to the trust in 1978 by Mrs Irene Cheales (née Miles). Fleabane, restharrow, and some sedges are found.

Containing the only substantial deposit of peat in Leicestershire, the bog covers 9 hectares (22 acres) and is a SSSI. The peat started to form 6,000 years ago and is now 180 cm (70 in) deep. The habitats include wet woodland, scrub, some damp meadows and an extensive area of reed bed. Over 130 species of bird have been seen, including all three species of woodpecker, six species of tits, tawny owl and kingfisher. Plant species include common meadow-rue, marsh thistle and a yellow berried form of guelder-rose.

About 4 kilometres (2 mi) north-west of Ashby-de-la-Zouch, this 19.7 hectares (49 acres) Local Nature Reserve is an old colliery site. Excavations took place mostly from 1924 to 1968, with minor work continuing until 1986. The reserve consists of species-rich grassland, scrub and plantation woodland. There are several ponds, containing broad-leaved pondweed, water-crowfoots and water mint and supporting great crested newts and many dragonflies. The reserve also supports a colony of the rare dingy skipper butterfly.

Located to the north of Brown's Hill Quarry this small (2 hectares (4.9 acres)) reserve is linear and follows the residual exposed face of a filled-in former ironstone quarry that ceased operation in 1963. Of similar geology to Brown's Hill the grassland that has developed on the quarry banks supports cowslips, common spotted orchids, betony, common birds-foot trefoil and perforate St John's wort. 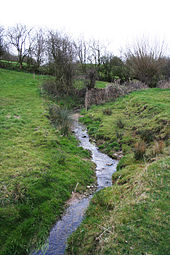