Total S.A. is a French multinational oil company and one of the six "Supermajor" oil companies in the world.

Its businesses cover the entire oil and gas chain, from crude oil and natural gas exploration and production to power generation, transportation, refining, petroleum product marketing, and international crude oil and product trading. Total is also a large-scale chemicals manufacturer. The company has its head office in the Tour Total in the La Défense district in Courbevoie, near Paris. 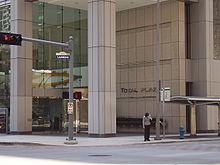 Total Plaza, the headquarters of the subsidiary Total Petrochemicals USA, in Downtown Houston

The company was founded after World War I after the French Prime Minister Raymond Poincaré rejected the idea of forming a partnership with Royal Dutch Shell in favour of creating an entirely French oil company. At Poincaré's behest, Col. Ernest Mercier enlisted the support of ninety banks and companies to found Total on 28 March 1924, as the Compagnie française des pétroles (CFP), literally the "French Petroleum Company". Petroleum was seen as vital in the case of a new war with Germany. However, the company was from the start a private sector company (it was listed on the Paris Stock Exchange for the first time in 1929). CFP took up the 23.75% share of Deutsche Bank in the Turkish Petroleum Company (renamed the Iraq Petroleum Company), awarded to France as compensation for war damages caused by Germany during World War I by the San Remo conference.

In 1991 the company name became simply Total. After Total's takeover of Petrofina in 1999, it became known as Total Fina. Afterwards it also acquired Elf Aquitaine. First named TotalFinaElf after the merger in 2000, it was later renamed back to Total in May 2003. 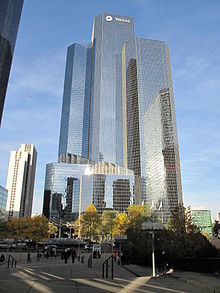 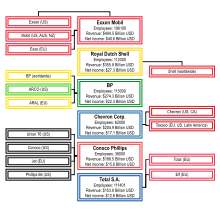 In 1998 the Total SA company was fined €375,000 for an oil spill that stretched 400 kilometers from La Rochelle to the western tip of Brittany. The company was only fined that amount because they were only partially liable because Total SA did not own the ship. The plaintiffs had sought more than $1.5 billion in damages. More than 100 groups and local governments joined in the suit. The Total company was fined just over $298,000,000.[contradictory] The majority of the money will go to the French government, several environmental groups, and various regional governments. The Total SA company was also fined $550,000 for the amount of marine pollution that came from it. After the oil spill they tried to restore their image and have opened a sea turtle conservation project in Masirah in recent years.

Prior to the verdict in which Total was found guilty one of the counterparts in the incident, Malta Maritime Authority (MMA), was not to be tried for having any hand in the incident. In 2005 Total submitted a report to the Paris courts which stated that Total had gotten a group of experts that stated the tanker had corrosion on it and that Total was responsible for it. The courts sought a second expert reviewing of this information which was turned down.[6]

The AZF chemical plant which exploded in 2001 in Toulouse, France, belonged to the Grande Paroisse branch of Total.

On 16 January 2008, Total was required to compensate all of the victims of the pollution caused by the sinking of the ship Erika. They are required to compensate the victims in the amount of €192 million. This is in addition to the €200 million that Total spent to help clean up the spill. The company feels that the verdict is unfair because it wasn't their fault the ship sank. They will be appealing the verdict because it forced the users of the ship to also be the inspectors and not the people that made the ship.[7]

On 13 August 2007, Total announced a lower fuel emission, lower emissions and cost-efficient petroleum product, named Evolution. Evolution is designed to let its user use less fuel and get further than other fuels. The product was developed exclusively for Total because of the demand for more energy efficient products. This fuel can be used with any engine that runs on unleaded.[8]

Total announced in 2007 that they are exploring the possibilities of entering the nuclear power sector. Although they already own one per cent of Areva, the largest nuclear business in the world [9] Total does not currently have extensive involvement in nuclear power. However, in January 2008 Total announced that they were to sign an agreement with Suez and Areva to submit a nuclear power plant project to the authorities in the United Arab Emirates.[10]

Despite the European Union's sanctions against the military dictatorship Myanmar, Total is able to operate the Yadana natural gas pipeline from Burma to Thailand. Total is currently the subject of a lawsuit in French and Belgian courts for the condoning and use of the country's civilian slavery to construct the pipeline. The documentary 'Total Denial' shows the background of this project.[12] The NGO Burma Campaign UK is currently[when?] campaigning against this project.

On 16 December 2008, the managing director of the Italian division of Total Lionel Levha, along with ten other executives, was arrested by the Public Prosecutor’s Office of Potenza, Italy, for a corruption charge of €15 million to undertake the oilfield in Basilicata on contract. Also arrested was the local deputy of Partito Democratico Salvatore Margiotta and an Italian entrepreneur.[13][14]

Total has been a significant investor in the Iranian energy sector since 1990.[16] Total is suspected of concealing the source of its oil imports from Iran.[17] On 28 June 2010 Total announced that it would cease shipments of oil products to Iran following adoption by the United States of economic sanctions against the country.[18]

In October 2001, Total signed a contract for oil-reconnaissance in areas offshore Western Sahara (near Dakhla), with the "Moroccan Office National de Recherches et d’Exploitations Petrolières" (ONAREP). In January 2002, Hans Corell (the United Nations Under-Secretary-General for Legal Affairs) stated in a letter to the President of the Security Council that whenever the contracts are only for exploration they're not illegal, but if further exploration or exploitation are against the interests and wishes of the people of Western Sahara, they would be in violation of the principles of international law.[19] Finally, Total decided did not renew their license off Western Sahara.[20]

The company has its head office in the Tour Total in the La Défense district in Courbevoie, France, near Paris.[21][22] The building was originally constructed between 1983 and 1985 for Elf Aquitaine; Total SA acquired the building after its merger with Elf in 2000.[22]