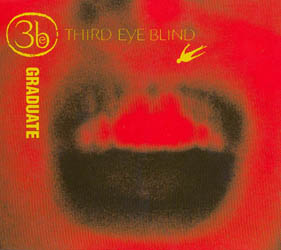 
"Graduate" is a song by and written by and . The "Horror Show" was written by Jenkins and Cadogan as well and later released on the "" single in 1998.

The song sounds as if it is about a typical high school graduation, however, Jenkins wrote it when, in the mid-90's, he wanted to "graduate" from being so unable to express himself, something that he also couldn't do with some of the labels wanting to buy his band.