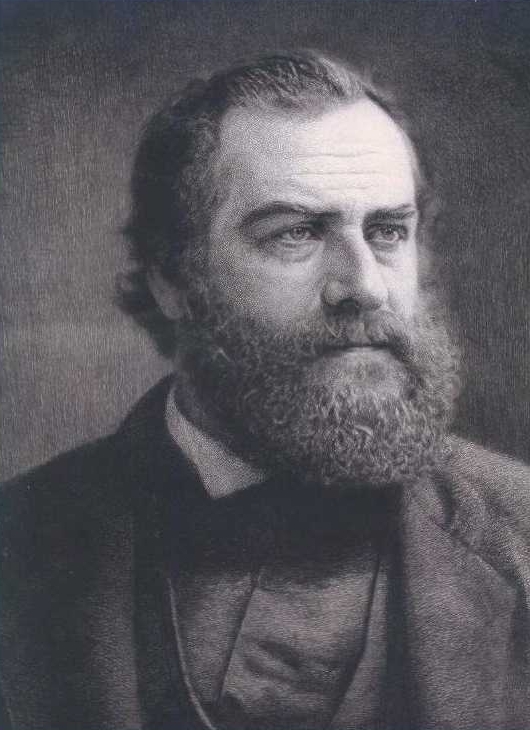 Leidy was professor of at the , and later was a professor of natural history at . His book "Extinct Fauna of Dakota and Nebraska" (1869) contained many species not previously described and many previously unknown on the n continent. At the time, scientific investigation was largely the province of wealthy amateurs.

Leidy named the specimen of " foulkii", which was recovered from the pits of . It was notable for being the first nearly-complete ized skeleton of a ever recovered. The specimen was originally discovered by . He was also credited with describing the holotype specimens of "" ("A. simus"), the dire wolf ("Canis dirus"), and the American lion ("Panthera leo atrox"), among [http://www.ansp.org/museum/leidy/paleo/fossil_species.php many others] .

The noted American fossil collector and paleontologist E. D. Cope was a student of Leidy's, but the enmity and ruthless competition that developed between him and rival paleontologist O. C. Marsh eventually drove Leidy out of western American vertebrate paleontology, a field Leidy had helped found.

Leidy was an early American supporter of Darwin's theory of , and lobbied successfully for Darwin's election to membership in the of .

Leidy was also a renowned parasitologist, and determined as early as 1846 that was caused by a parasite in undercooked meat [http://www.ansp.org/museum/leidy/other/parasitology.php#4] . He was also a pioneering protozoologist, publishing [http://www.bairbrepaws.com/psneeley/Fwr000.htm "Fresh-water Rhizopods of North America"] in 1879 - a masterpiece that is still referenced today.

Leidy collected gems as well as fossils, and donated his important collection of the former to the Smithsonian before he died. At Swarthmore, he also taught a class on mineralogy and geology.

Joseph Leidy was born on September 9, 1823, to an established family of German extraction. His father, Philip, was a hatter; his mother, Catharine, died when he was young, whereupon his father remarried to his wife's sister, Christiana Mellick. With the support of his stepmother, and after overcoming the opposition of his father, Leidy studied medicine at the .

He married Anna Hardin. Their marriage was childless, and they eventually adopted an orphaned girl. Emma Leidy is in his family.

In 1846, Leidy became the first to use a to solve a murder mystery. A man accused of killing a Philadelphia farmer had blood on his clothes and hatchet. The suspect claimed the blood was from chickens he had been slaughtering. Using his microscope, Leidy found no nuclei in these s (human erythrocytes are anucleate). Moreover, he found that if he let chick erythrocytes remain outside the body for hours, they did not lose their nuclei. Thus, he concluded that the blood stains could not have been chicken blood. The suspect subsequently confessed.