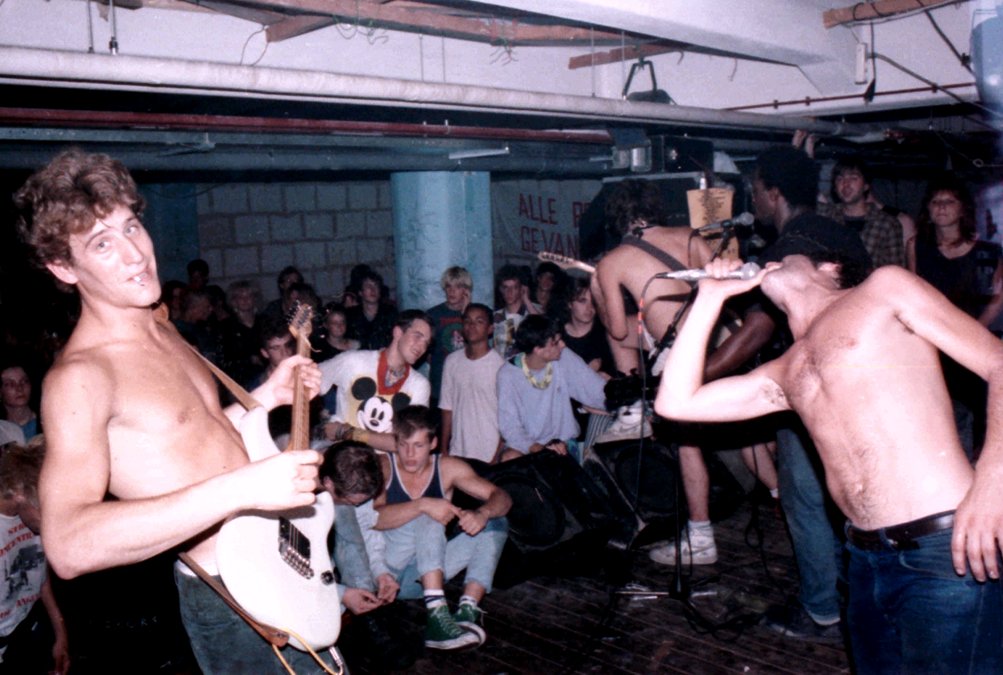 Scream was formed in Northern in 1981 by singer , his brother on guitar, bassist and drummer . They are considered one of the benchmark bands in the history of the Washington, D.C. hardcore music movement. Along with bands such as and , Scream ultimately merged the attributes of the movement, which were blinding speed, heavy political and social connotations in the lyrics, unpretentiousness of attitude, and shunning of commercialism. Their music is faithful to the roots of rock, but spun itself into other genres by employing sounds that predate the raunchiness of grunge, while saluting reggae and speed metal. Scream hated the classification of bands into certain types and considered what they played as simply 'music.' Recording their music in the basement of the now legendary Inner Ear Studios in Arlington, VA, Scream became the first band on the Dischord label to release a whole album, "Still Screaming," as opposed to singles or 12 inch s. Like the world-renowned hardcore band , they could play clearly at breakneck speed, but also played mid-tempo songs like "American Justice" and "Hygiene," which were metal-tinged .

For their second album, Scream added a second guitarist to their line-up, Robert Lee "Harley" Davidson (a veteran of the local heavy metal band Tyrant - band which became know as Saint Vitus), to thicken the overtracks and dubs from Franz in their live performances. In turn this led to more complex guitar tracking, a more powerful live sound, and a crunchier recording sound for their third album. For a few compilation efforts and some live shows they added a keyboard player, the local keyboard wizard Bobby Madden, who for years was a colleague of Davidson's from the same metal scene.

After the 3rd album "", Kent Stax left the band for personal reasons and he was replaced by local drummer , who then played on Scream's 4th album "No More Censorship". Scream recorded their 5th and final studio album "Fumble" (which was released a few years later on Records) and then called it quits in late 1990. Pete and Franz gave rock a major-label shot with the band Wool, while Grohl joined Nirvana and helped make the sound of the '90s. In , Franz Stahl briefly joined Dave Grohl's newly formed group, the commercially successful . Thompson continued working in bands, as did Stax with such skinhead-tinged bands the Suspects, United 121, and the Spitfires United. Stax also committed himself to a family life. Davidson continued in other bands such as Angelstorm (in Huntsville Alabama) from 1993-1995 and creating new bands, including Orangahead, Festival of Fools with Madden in 1998 and two different versions of God Is Dead (1 in D.C. and 1 in Huntsville Al) from 2002 - 2005 .The one thing you can count on you wont be able to talk the next day.