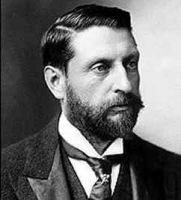 Sir Henry Rider Haggard KBE ( &ndash; ), was a prolific writer of s set in exotic locations, predominantly Africa. He was also involved in around the . His stories, situated at the lighter end of , continue to be popular and influential to this day.

Henry Rider Haggard was born at , to Sir William Meybohm Rider Haggard, a , and Ella Doveton, an author and poet. He was the eighth of ten children. He was initially sent to Rectory in to study under Reverend H. J. Graham, but unlike his older brothers who graduated from various public schools, he attended Ipswich Grammar School.

Instead, Haggard's father sent himFact|date=January 2008 to what is now , in an unpaid position as assistant to the secretary to of the . It was in this role that Haggard was present in for the official announcement of the British annexation of the Republic of the . Indeed, Haggard raised the and read out much of the following the loss of voice of the official originally entrusted with the duty. [Pakenham, T. (1992) "The Scramble for Africa: White Man's Conquest of the Dark Continent from 1876-1912", Avon Books, New York. ISBN-10 0380719991.]

At about that time, Haggard fell in love with Mary Elizabeth "Lilly" Jackson, whom he intended to marry once he obtained paid employment in Africa. In 1878 he became Registrar of the High Court in the Transvaal, and wrote to his father informing him that he intended to return to England and marry her. His father forbade it until Haggard had made a career for himself, and by 1879 Jackson had married Frank Archer, a well-to-do banker. When Haggard eventually returned to England, he married a friend of his sister, Mariana Louisa Margitson, and the couple travelled to Africa together. They had a son named Jock (who died of at age 10) and three daughters, Angela, Dorothy and Lilias. Lilias became an author, edited "The Rabbit Skin Cap", and wrote a biography of her father entitled "The Cloak That I Left".

Moving back to England in 1882, the couple settled in , , Louisa's ancestral home. Later they lived in and had connections with the church in . Haggard turned to the study of law and was in 1884. His practice of law was somewhat desultory, and much of his time was taken up by the writing of novels, which he saw as being more profitable. Rider Haggard lived at 69 in , , from mid 1885 to circa 1888. It was at this Hammersmith address that he completed "" (published 1885) [Ed. and 1978 , ISBN 0 19 869123 8 p188] . Heavily influenced by the larger-than-life adventurers he met in (most notably and ), the great mineral wealth discovered in Africa, and the ruins of ancient s in Africa, such as , Haggard created his adventures.

Years later,Fact|date=January 2008 when Haggard was a successful novelist, he was contacted by his former love, Lilly Archer, née Jackson. She had been deserted by her husband, who had embezzled funds entrusted to him and fled, bankrupt, to Africa. Lilly was penniless, and so Haggard installed her and her sons in a house and saw to the children's education. Lilly eventually followed her husband to Africa, where he infected her with syphilis before dying of it himself. Lilly returned to England in late 1907, where Haggard again supported her until her death on 22 April, 1909. These details were not generally known until the publication of Haggard's 1983 biography by D. S. Higgins.

Haggard was heavily involved in reforming agriculture and was a member of many commissions on land use and related affairs, work that involved several trips to the Colonies and Dominions. He was made a in 1912 and a Knight Commander of the in 1919. He stood unsuccessfully for parliament as a candidate for the Conservative Party in the 1895 summer election, losing by only 198 votes.

Haggard is most famous as the author of the novels "" and its sequel "", and "She" and its sequel "Ayesha", all s set in the context of the . He is also remembered for the epic romance, "".

While his novels portray many of the stereotypes associated with , they are unusual for the degree of sympathy with which he often treats the native populations. Africans often serve heroic roles in his novels, although the protagonists are typically, though not invariably, European. A notable example is Ignosi, the rightful king of Kukuanaland, in "King Solomon's Mines". Having developed an intense mutual friendship with the three Englishmen who help him reclaim his throne, he accepts their advice and abolishes witch-hunts and arbitrary .

Haggard also wrote about agricultural and social issues reform, in part inspired by his experiences in Africa, but also based on what he saw in Europe. At the end of his life he was a staunch opponent of Bolshevism, a position he shared with his friend . The two had bonded upon Kipling's arrival at London in 1889 largely on the strength of their shared opinions, and the two remained lifelong friends.

Haggard's stories are still widely read today. Ayesha, the female of "She", has been cited as a by s as different as (in "") and . Her "She Who Must Be Obeyed" is used by British author in his "" series as the private name the lead character, a barrister with some skill in court, uses for his wife, Hilda, before whom he trembles at home. Haggard's Lost World genre influenced the popular American writer .Fact|date=January 2008 , the hero of "King Solomon's Mines" and its sequel "Allan Quatermain", has influenced the American film character , featured in the films "", "" and "".Fact|date=January 2008 Quatermain has gained recent popularity thanks to being a main character in the "".

Haggard was praised in 1965 by , one of the , as a writer of a consistently high level of "literary skill or sheer imaginative power" and a co-originator with of the [from the introduction to the 1965 edition of the one-volume "" and "" by ] .