A Combat Support Hospital (CSH, pronounced "cash") is a type of field hospital. The CSH is a United States military mobile hospital delivered to the Corps Support Area in standard military-owned Demountable Containers (MILVAN) cargo containers and assembled by the staff into a tent hospital to treat wounded soldiers. A CSH also treats civilians or opposition soldiers wounded by U.S. military and those in life-or-death situations. The CSH is the successor to the Mobile Army Surgical Hospital.

The size of a CSH is almost unlimited, since tents can be chained together; it will typically deploy with between 16 and 256 hospital beds, with 84 beds being most common.[citation needed] For patient care the CSH is climate-controlled, and has pharmacy, laboratory, X-Ray (often including a CT Scanner) and dental capabilities.[citation needed] It provides its own power from generators.

The great operational advantage of the DEPMEDS facility is the use of single or double expanding ISO containers/units to create hard sided, air conditioned, sterile operating rooms and intensive care facilities, which can produce surgical outcomes similar to that seen in fixed facility hospitals, and do so in an austere environment.

Identical equipment is used by the United States Navy for its hospital ships.[citation needed]

Because they are large and relatively difficult to move, Combat Support Hospitals are not the front line of Military Medical Care. Battalion Aid Stations, Forward Support Medical Battalions and Forward Surgical Teams are usually the first point of contact medical care for wounded soldiers. The CSH receives most patients via helicopter Air Ambulance, and stabilizes these patients for further treatment at fixed facility hospitals. Ideally, the CSH is located as the bridge between incoming helicopter ambulances and outgoing Air Force aircraft.

The CSH is capable of providing definitive care for many cases. Current medical doctrine does not encourage wounded soldiers, if they are not expected to quickly return to operational status, to stay in the combat zone. This is a pragmatic decision as the resources are usually available to bring them home quickly. Military aircraft constantly fly into a theater of operations loaded with equipment and supplies, but often lack a back cargo. Given that adequate "airlift" is usually present, it is easy to evacuate wounded promptly. For this reason the CSH bed capacity is not as heavily used as in past conflicts.

The CSH will generally have a Medical Evacuation Company attached. This company consists of approximately 4 platoons of ground ambulances commanded by a Medical Service Corps. officer. The Ambulance Company in cooperation with available air ambulances (MEDEVAC) is responsible for the movement of sick and wounded from the Battalion Aid Station and other forward-deployed locations to the CSH, as well as evacuation through an established medical treatment chain leading ultimately, for those seriously sick or wounded, to hospitals in the Continental United States in cooperation with resources in the U.S. Air Force.

The CSH is far larger than its predecessor, the Mobile Army Surgical Hospital. It is commanded by a Colonel, rather than a Lieutenant Colonel.

A "full up" CSH has 624 people to staff 256 beds. The modular nature of the organization allows for partial deployments, and the full unit is not often deployed.[citation needed] 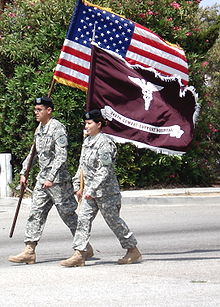 History and past configurations

In 1973 and 1974, the 28th Surgical Hospital MASH was still alive and well. Phasing in the new designs for operating rooms and patient facilities from the previous canvas tents. At this time all MASHs and Field Hospitals have been inactivated or reconfigured to the CSH configuration. The last to convert was the 115th Field Hospital at Fort Polk, Louisiana.[citation needed]

In 1978 the 28th Combat Support Hospital (28th CSH) was established at Fort Bragg, North Carolina, as part of the 44th Medical BDE as a MUST (Medical Unit Self Contained Transportable) Hospital.[citation needed] MUST was the ancestor of the current DEPMEDS design. It contained all necessary functions to provide care for 250 beds, including 2 intensive care units, 8 medical wards, emergency room, 4 operating rooms, orthopedic room, laboratory, X-ray and pharmacy. It consisted of hard containers which housed the operating rooms, laboratory, X-ray, and pharmacy. Inflatable shelters were used to provide double wall insulated areas for the patient care areas of the hospital.[citation needed] These "inflatables" required a power system called a "U-Pack" to provide heat, air, compressed air, and hot water by means of a turbine engine. At 250 beds the hospital required 8 U-Packs. Each consumed 30 gallons of jet fuel per hour. After several years of using inflatables they were abandoned in the mid 1980s, largely due to the weight of the inflatables, and the amount of fuel required just to keep the tents from collapsing.