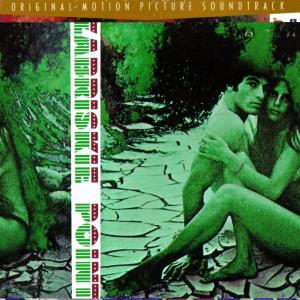 "Zabriskie Point" is a to the film of the same name. It was originally released in January 1970 and is composed of songs from various artists. A 1997 re-release includes four bonus tracks each from and that were used in the film, but not the original soundtrack. of wrote the track "L'America" for the film, but was rejected by Antonioni (L'America was later released on album ). A track, "", is featured in the film but not present on this album.

's contributions to the album were recorded in November and December 1969, after the release of "". "" is a re-recording of "," originally released as a b-side in December 1968. "" is a Richard Wright solo piano composition. "" is a ballad filled with metaphors. "" (also known as "Rain in the Country") is a relaxed instrumental. "" is a y instrumental. A track entitled "Fingals Cave" and another called "Oenone" were recorded but did not appear on the finished album.

Pink Floyd also recorded other unreleased material during the same sessions. Most notable is another Rick Wright composition which at that time was known as "" and would later be reworked into "" from "".