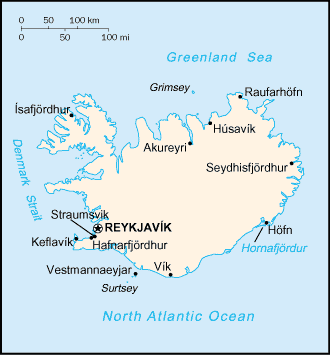 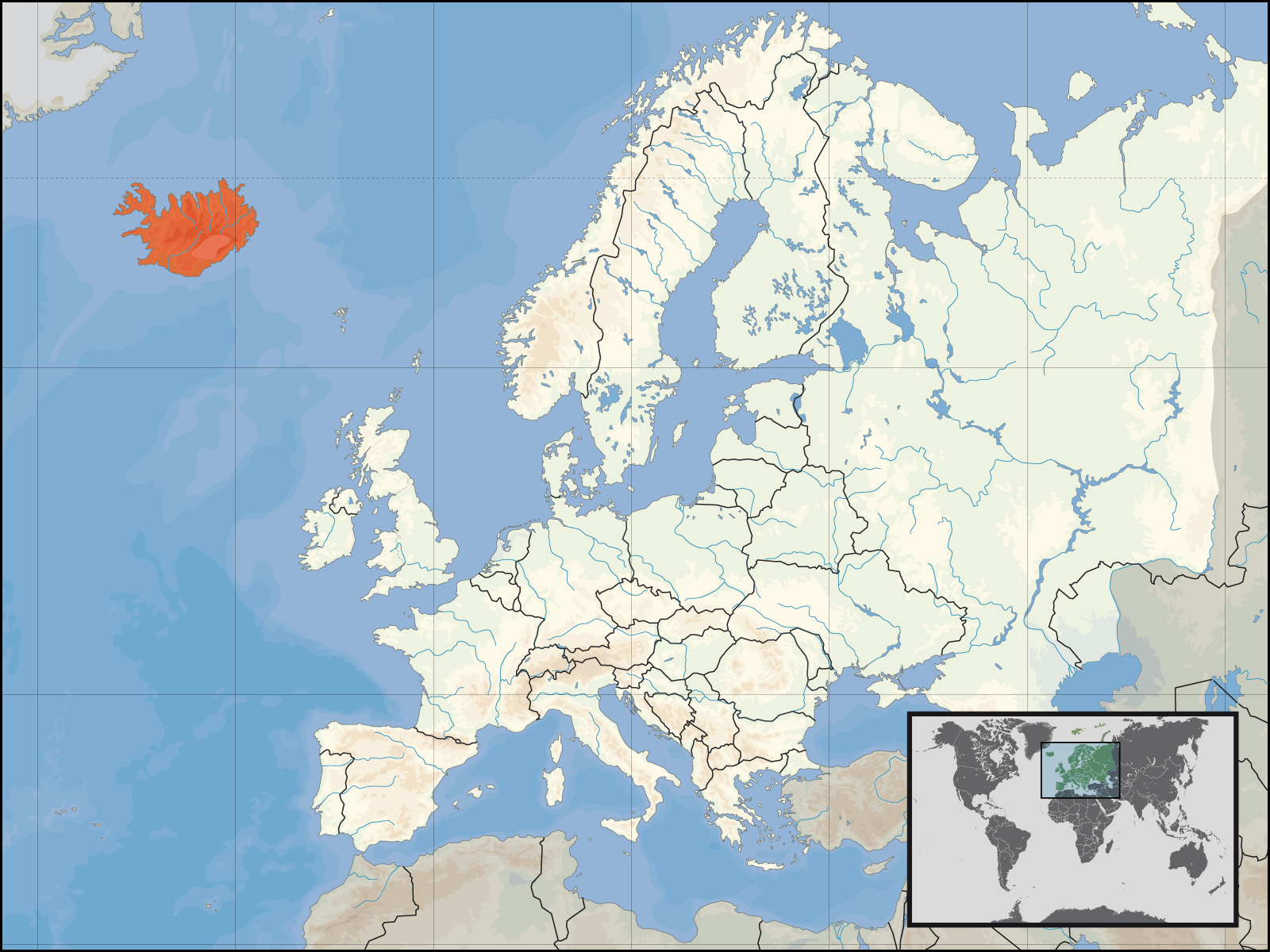 Iceland has extensive volcanic and geothermal activity. The associated with the Mid-Atlantic Ridge, which marks the division between the European and North American tectonic plates, runs across Iceland from the southwest to the northeast. This geographic feature is prominent at the Þingvellir National Park, where the creates an extraordinary natural . The site was the home of Iceland's parliament, the , which was first convened in 930.

About half of Iceland's land area, which is of recent volcanic origin, consists of a mountainous desert (highest elevation 2,119 m (6,970 ft) above sea level) and other wasteland. Eleven percent is covered by three large s:

Twenty percent of the land is used for grazing, and only 1% is cultivated. An ambitious reforestation program is under way. It is assumed that prior to human settlement in the 8-900s, trees covered about 30-40% of the island. Today, however, there are only small patches of the original forests left, the most prominent are and .

The inhabited areas are on the coast, particularly in the southwest; the central highlands are totally uninhabited.

Because of the 's moderating influence, the climate is characterized by damp, cool summers and relatively mild but windy winters. In , the average temperature is 11°C (52°F) in July and 0°C (32°F) in January (Koppen: Cfc).