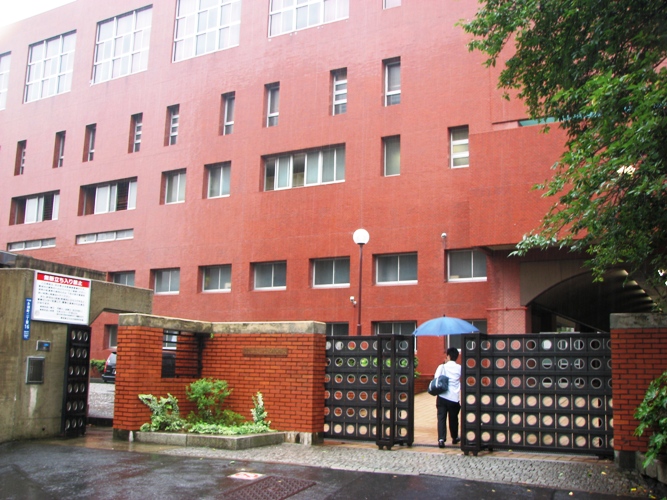 nihongo|Tokyo Metropolitan Hibiya High School|東京都立日比谷高等学校|Tōkyō Toritsu Hibiya Kōtōgakkō is a Japanese high school founded in 1878 as the nihongo|Tokyo First Middle School or Tokyo First Junior High School|東京府立第一中学校|Tōkyō Furitsu Daiichi Chūgakkō. It was well known in the 1950s and 1960s for the large proportion of graduates who gained admission to the prestigious ; though it suffered a decline in the 1970s, as of 2005 it was once again being referred to as the "best public high school in Japan".

Tokyo First Middle School was established on , in Tokyo's Hongō-ku; soon after, it moved to Kanda-ku, and moved several more times in the next two decades. Its establishment was the result of the drive to modernise the model of education in order to catch up with Europe and the United States.The Meiji era government and Tokyo Imperial University requested the thickened as a part route to Tokyo Imperial University though Tokyo First did not lay weight at first on the side of going on to school.

After , Tokyo First Middle School went through a number of changes; it officially changed its name to Hibiya High School on , , and began admitting female students in April of the same year. Its first coeducational class enrolled 300 boys and 100 girls. Though First Tokyo's track record for getting its students into higher schools and university in the pre-war period was beneath that of other elite middle schools (specifically Fourth Tokyo Middle School), between 1953 and 1967, Hibiya High School consistently ranked first in the number of graduates entering the top-ranked , and due to its reputation for excellence, enrolled students from as far away as .