Mary Ward Catholic Secondary School (abbreviated Mary Ward C.S.S. or simply Mary Ward) is a Roman Catholic secondary school of the Toronto Catholic District School Board in Scarborough, Ontario, a district of Toronto. Mary Ward is a unique centre of self-directed learning and a member of the Canadian Coalition of Self-Directed Learning.[2] It is one of only two self-directed learning schools currently in Ontario and seven in Canada. The school was founded in 1985[3] as a conventional high school between two campuses in northeast Toronto until it moved into a new building at the northwest corner of Kennedy Rd. and McNicoll Ave., designed specifically for its self-directed learning program (formerly called Direction 2000[4]) in January 1992. The school is named after Mary Ward, a seventeenth-century English Catholic nun who founded the Loreto Sisters.

As opposed to having a structured timetable, the emphasis is instead placed on the students to structure their own school days in conjunction with advice and guidance from their teacher advisor. Through encouraging the development of self-directed learning, Mary Ward attempts to ensure that students are actively engaged in shaping their own experiences and education. Each student completes up to 8 courses per (non-semestered) year of 18 "units" each (20 in the old curriculum, which was terminated in June 2003). Each unit is a learning package consisting typically of readings, study questions, seminar attendance and/or tests—so long as the activities add up to an average completion time of about five to eight hours. Thus, the recommended amount of time of work for finishing a course is 110 hours. The 18th unit usually consists of a final examination (an exam, portfolio, or other assessment) and generally, it is worth 30% of the final grade.

Each student at Mary Ward is assigned a "teacher advisor" ("TA"), who acts as a mentor, guide, and support for the students throughout their time at the school.[3] On average, a teacher advisor group consists of 18 students from grades 9 to 12. The TA meets with their TA group typically three times per day: before classes, after lunch, and at the end of the day. The TA will schedule an interview with each "advisee" on a biweekly (once every two weeks) basis. At these individual interviews, the student and the TA complete an update form that is organized by course, showing: completed number of units at the previous interview, completed number of units presently, and grades to date. TA comments, student goals, and other relevant information may be added. The TA forms are then sent home to be reviewed and signed by the student's parent or guardian.

Teachers at Mary Ward act in several roles. In addition to being responsible for the planning, the creation, and the evaluation of all the units for the courses of approximately 150 students to which they are assigned, they deliver seminars and assist all students on a daily basis within subject resource centres. Each full-time teacher is also a teacher advisor.

Students at Mary Ward are still required to attend school despite the "self-directed learning" system. The school year usually begins on the day following Labour Day, and it ends the last week of June, with statutory holidays and winter breaks in between. At school, students either finish their readings, attend seminars, finish tests, or other activities in order to finish their units, and eventually, their courses. Teachers are present at their scheduled time and subject resource area ("on the floor") to provide extra help, guidance, and seminars. Tests are taken in the "test centre" once the student receives a test authorization, which is usually given once the student complete the respective unit. Students have the option of when they will do a test (within a 6-school-day window). Several versions of tests are available for the same unit, so cheating is minimized and discouraged. Students plan their daily schedule in a school agenda book that has been custom-designed for the school. Each day, the teacher advisor will check the student's daily schedule, and may require the student to verify that they followed their schedule by obtaining initials from teachers in the resource areas where the student plans to work. Certain areas such as the library and the computer lab require a signature from the student's teacher advisor if they want to work there. 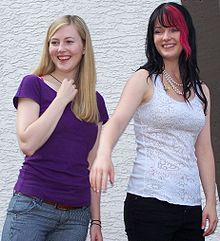