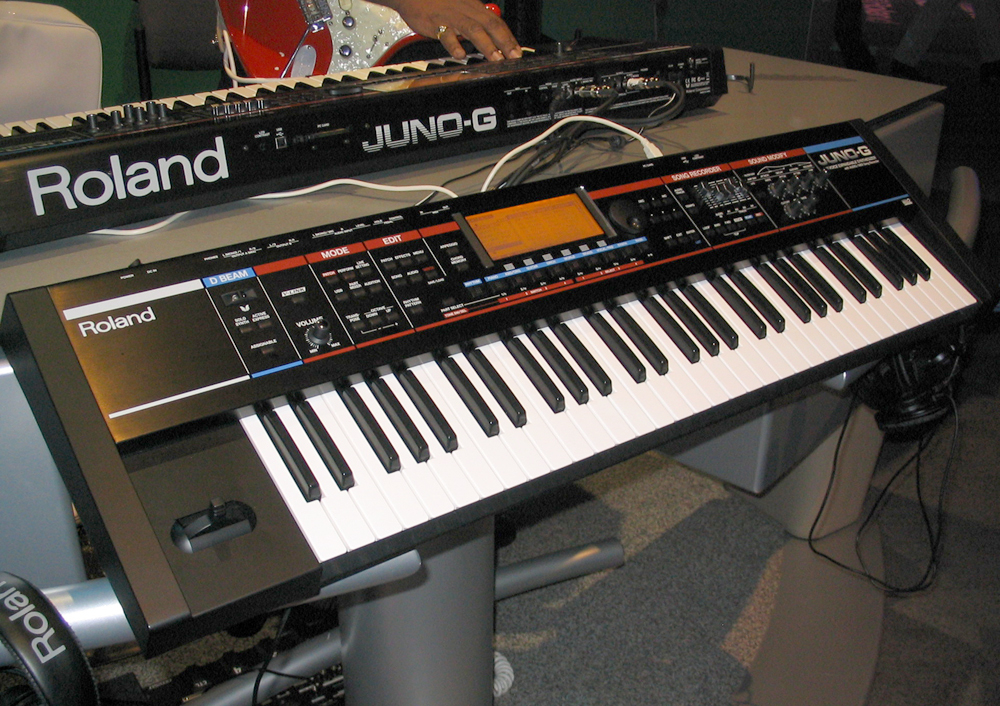 Roland Juno-G is a / introduced in 2006 by . It is based on the Fantom-X series, having a vintage design that resembles the first Juno synthesizers, such as the Juno-106. The Juno-G's main competitor in the approximate price range, with similar features, is the Korg Triton Le/TR entry-level workstations.

Despite the similar name and later introduction, the Juno-G is not set to replace the popular Juno-D synthesizer: both run concurrently. Apart from the Juno name, the G and the D have little in common, the D having its roots in Roland's machines.

The Juno-G has the same sound engine as the Fantom-X series: 128-voice , 768 patches and 256 GM2 within the 64Mb of wave memory, and a 16 MIDI plus 4 audio tracks capability for recording and mixing.

It is also fully PC and Mac compatible, connecting through USB for MIDI and data transfer. Conventional MIDI In and Out sockets are also provided, although there is no MIDI Thru. Up to 1Gb and memory cards are accepted using a standard adaptor. A single SRX expansion slot and a PC133 RAM slot are also available.