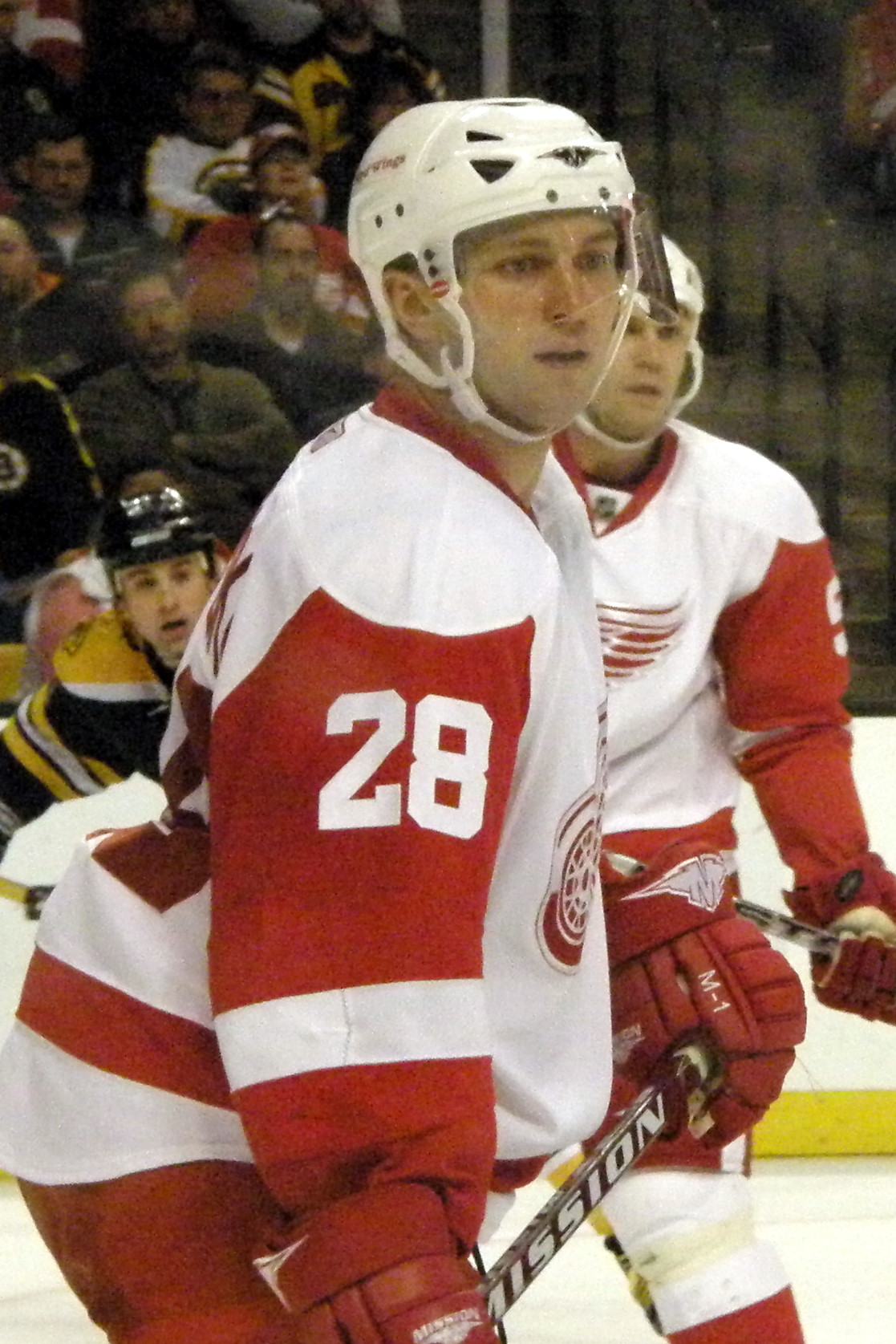 Brian Rafalski (born , , in Dearborn, ) is an American professional player who plays defense for the of the , having been signed as an unrestricted free agent from the . After enduring a long struggle to enter the NHL, Rafalski has won 3 s and become an effective defenseman in the league. In his eight seasons in the league, he has played in four Stanley Cup finals. (2000, 2001, 2003, 2008)

Rafalski played for four years at the and was a proficient player, scoring 45 points in 43 games in his senior year. He won several awards that season; he was named to the WCHA First Team, the NCAA West All-Star Team, and the WCHA Defenseman of the Year. With no immediate NHL prospects, Rafalski travelled overseas. He spent the 1995-1996 season with of the Swedish elite league. After scoring only 9 points in 22 games in , he then moved to . He played a season for of the , and scored 35 points. He travelled to in , where he spent two successful years. In his final year in Finland, he scored 19 goals and 53 points in 53 games, and won the , which is the SM-liiga trophy for best player as voted by his fellow players. Notably, he also became the first non-Finnish player to win the award.

Brian Rafalski was named by the Sporting News in 1999 as the best hockey player in the world not playing in the NHL. On , , Rafalski was signed by the as a free agent. He was 26 years of age at the start of the , much older than most rookies, but he had played in some of the finest leagues in . He finished the season with 32 points. He led all rookie defencemen in with a +21 rating, second among Devils defencemen and tied for first for all rookies. Rafalski helped the Devils win the Stanley Cup that year. Along with winning teammate , he was named to the .

Rafalski improved his production in his sophomore season, as he scored 52 points, which led the team. His 18 points during the playoffs set a team record for defencemen, although the Devils lost to the in the Stanley Cup Finals.

In the , Rafalski continued his scoring ways, notching 47 points. He was selected to participate in the , but was forced to sit out due to injury. He did go on to represent Team USA at the , winning a silver medal as the US lost to Canada in the finals. The next season, he once again led all Devils defencemen in scoring with 40 points. He was a vital part of the Devils defense that helped the team win its third Stanley Cup in eight seasons, with a seven-game win over the . He has continued to represent America in international play, playing in both the and the .On , , the signed Rafalski, a Michigan native, to a $30 million, five-year contract.

Rafalski set a career high in goals (11) after scoring against the St. Louis Blues on . He would go on to score 13 goals for the season, amassing that amount in 73 games.

On , , Rafalski won the Stanley Cup as a member of the Detroit Red Wings, the team he grew up rooting for. He helped out the cause by scoring the first Red Wings' goal on the powerplay in the first period to help them defeat the Penguins, 3-2, in game 6.

He is a fan of the movies.

Brian and his family own a home on the Chain O' Lakes in Waupaca, Wisconsin.