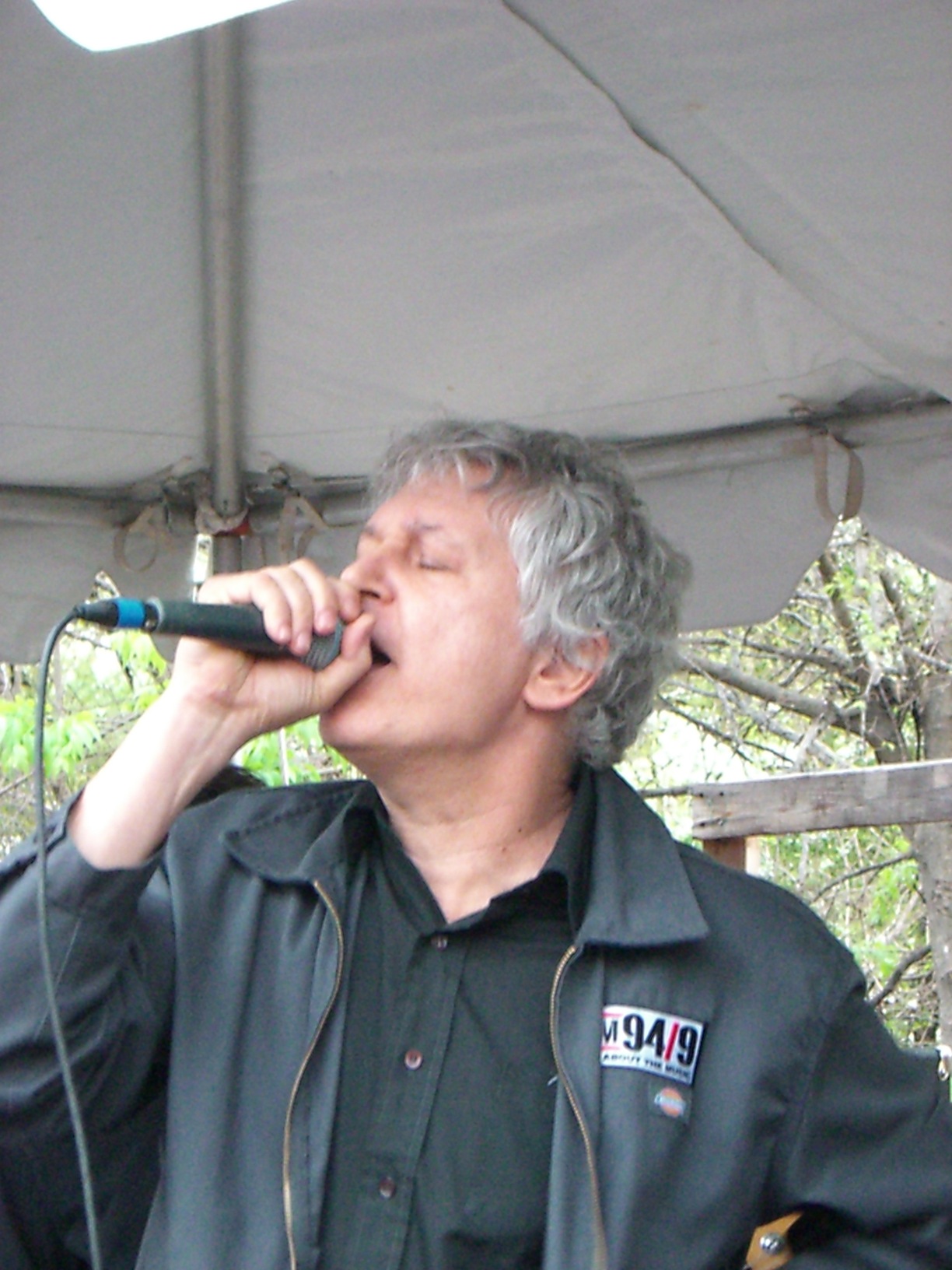 Robert Pollard (born ) is a , USA singer-songwriter, who until 2004 was the leader and creative force behind group .

With over 1000 songs registered to his name with BMI, [ [http://repertoire.bmi.com/writer.asp?blnWriter=True&blnPublisher=True&blnArtist=True&page=1&fromrow=1&torow=25&querytype=WriterID&cae=185817043&affiliation=BMI&keyid=591022&keyname=POLLARD%20ROBERT%20E%20JR BMI | Repertoire Search ] ] Pollard is among the most prolific songwriters of his time. In 2006 listed him as the 78th greatest living songwriter. [ [http://www.pastemagazine.com/action/article?article_id=3003 Paste's 100 Best Living Songwriters: The List :: Features Music :: Articles :: Paste ] ] In 2007 he was nominated for the . [ [http://www.upi.com/NewsTrack/Entertainment/2007/12/22/shortlist_prize_announces_nominees/3824/ Shortlist Prize announces nominees - UPI.com ] ]

Pollard began releasing solo records in 1996, alongside regular releases from . These albums were typically recorded with a small group consisting of current or former Guided by Voices members, and they were generally considered to informally be part of the Guided by Voices canon, as that band would regularly perform selections from the solo releases in concert.

After the dissolution of Guided by Voices in 2004, Robert Pollard launched his official solo career with the release of "" in February 2006. Pollard's recent studio work has eschewed the live-band format, instead relying on the multi-instrumental talents of , who produced several Guided by Voices albums. In 2006, he resumed touring with a new band informally dubbed "The Ascended Masters", which featured on lead guitar and keyboards, Dave Phillips on guitar, on drums, and Jason Narducy on bass, but subsequent to the cancellation of some 2006 dates due to a leg injury, Pollard announced his retirement from touring. [ [http://www.billboard.com/bbcom/news/article_display.jsp?vnu_content_id=1003466526 Done With Touring, Pollard Preps Seven New Albums ] ] Despite this, Pollard has recently performed two shows in support of his new albums. The first show was on November 31, 2007 in at The Metro. The second was on December 1st, 2007 in (across the from ) at the Southgate House. After releasing in January he announced that he would be leaving to form , his own record label that will produce his entire musical library.

In May 2008, Pollard announced his intention to form a new band, to be called "Boston Spaceships", who will also tour in the fall. The new band consists of Robert Pollard, Chris Slusarenko and John Moen, although the live band's line-up also will include Tommy Keene on guitar and Jason Narducy on bass. It is expected that the band's debut album, entitled "Brown Submarine" will be released in September '08 and will find Pollard re-visiting some older Suitcase songs (including "Dorothy's A Planet" and "Soggy Beavers") as well as showcasing some brand new material.

During the mid-90s, in addition to GbV albums appearing annually, Pollard's prolificacy typically was vented onto innumerable singles, EPs, compilations and other side releases. However, once signed to a major label and constrained to the expectation of producing only a single album per 18 months, Pollard began the self-financed and released Fading Captain Series, a series of releases both under his own name, and a wide variety of pseudonyms. In addition to solo and archival releases, Pollard began collaborating with fellow musicians and friends by mail via a process dubbed "postal rock" - Pollard would receive completed musical backing tracks, and add his own lyrics and vocals. Albums under the , , and Go Back Snowball monikers, among others were produced in this fashion.

In December 2006 Pollard announced that the Fading Captain Series was being concluded with the release of "", a 50-song "best of" collection spanning from 1999 through 2007.

Lexo and the Leapers: (Robert Pollard backed by )

When Pollard announced that the Fading Captain Series was being concluded he also announced that he was starting up a new record label, then called Record Company Records but later re-titled as Prom is Coming, [ [http://www.pitchforkmedia.com/article/news/40658/Pollard_Preps_SelfReleased_EP_LPs_for_Merge_Ipe Pollard Preps Self-Released EP, LPs for Merge, Ipecac | Pitchfork ] ] which is named after a song off his first solo album "". The first (and thus far only) release on Prom is Coming was "".

In spring 2007 Pollard began a singles collection called the Happy Jack Rock Records Single Series in which one 7" record was released per month for 12 months starting June 22, 2007. All the records featured an A-side from Bob's dueling Merge releases that year ("Standard Gargoyle Decisions" & "Coast To Coast Carpet Of Love") and a non-album B-side. 1,000 of each 7" was pressed. [ [http://www.gbvdb.com/album.asp?albumid=2596 GBVDB - Guided By Voices Database ] ]

Pollard's album "" was the first LP released on Happy Jack Rock Records (although the vinyl version of Circus Devils' "Sgt. Disco" had been released on the same label in 2007).

In 2008 Pollard announced the forming of yet another new label Guided By Voices Inc., named after his former band Guided by Voices. The first album release on Guided by Voices Inc. was "Robert Pollard Is Off To Business", preceded by the 12" EP "Weatherman And Skin Goddess".

EAT and Town of Mirrors

In the fall of 2003 Pollard released "EAT", a consisting of original poems and collages by Pollard. As of October 2007 "EAT" is on its fourth issue. [ [http://rockathonrecords.com/access.html Rockathon Accessories ] ] Pollard's collage art is featured on many Guided by Voices albums (notable exceptions being the two released on ).

Robert Pollard's collages have been collected and will be published in "Town of Mirrors: The Reassembled Imagery of Robert Pollard", due out in sometime in 2008. "Town of Mirrors" will feature roughly 150 collages, 20 of which were created specifically for the book's release.

ide projects mentioned by Pollard that have not yet happened

Pollard was a fourth grade school teacher for several years prior to the release of "" in 1994. In James Greer's book "Guided by Voices: A Brief History: Twenty-One Years of Hunting Accidents in the Forests of Rock and Roll" he states that songs such as "Gold Star For Robot Boy," "Teenage FBI" and "Non-Absorbing" were inspired by his days of teaching.

During high school Pollard was a tri-sport varsity athlete. His most notable athletic achievement was throwing the first in the history of . Pollard has stated that he and the other members of GBV beat and in a basketball game. He also stated that and were cheering for them during the game and that Steve Drozd was riding on a bicycle during the game. [ [http://www.nudeasthenews.com/features/39 Nude as the News: ] ]

Much of the inspiration for Pollard's work has come from time spent hanging out with his high school friends from Dayton, a group he calls "The Monument Club". [ [http://www.erasingclouds.com/wk3905gbvbook.html erasing clouds book review: gbv a brief history ] ]

He has two children (Erica and Bryan) with his ex-wife Kim and wrote a song about each, with "Your Name is Wild" being about his daughter and "My Son Cool" being about his son. [ [http://www.avclub.com/content/node/22978 Guided By Voices | The A.V. Club ] ] He re-married in 2007 and still lives in Dayton, OH. [ [http://magnetmagazine.com/interviews/rpollard2.html MAGNET Interview: Robert Pollard ] ]