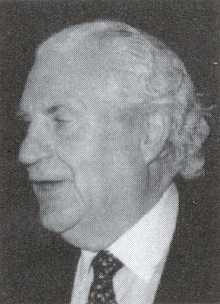 John Patrick Wilson ( _ga. Seán Mac Uilliam; 8 July 1923 &ndash; 9 July 2007) was an Irish politician. He was first elected as a for Cavan in 1973 and served in until 1992. Wilson served variously as Minister for Education, Minister for Posts & Telegraphs, Minister for Tourism & Transport and .

John Wilson was born in Mullahoran, in 1923. He was educated at in , the and the . He graduated with a Master of Arts and a Higher Diploma in Education. He was a secondary school teacher at and and also a university lecturer [http://www.ireland.com/newspaper/breaking/2007/0709/breaking41.htm] before he became involved in politics. Wilson was also a er for Cavan and won an All-Ireland medal with the team in 1947. He was a member of the teachers trade union, the and served as president of the association.

Wilson was first elected to at the 1973 General Election for the constituency of Cavan, for Cavan-Monaghan in 1977 and at each subsequent election until his retirement after the dissolution of the in 1992. In 1977 appointed Wilson to Cabinet as Minister for Education. He went on to serve in each Fianna Fáil government until his retirement, serving under three , Jack Lynch, and .

In 1990 Wilson challenged for the nomination for the 1990 Presidential Election. Lenihan succeeded but failed to be elected President and was also sacked from the government. Wilson was then appointed . He remained in the cabinet until retirement in 1993. (Although the was dissolved in December 1992, Wilson served in Government until the new government took office).

Following his retirement from politics Wilson was appointed the Commissioner of the by . This position entails involvement with members of the to assist in finding the bodies of the disappeared who were murdered by the Provisional IRA during .