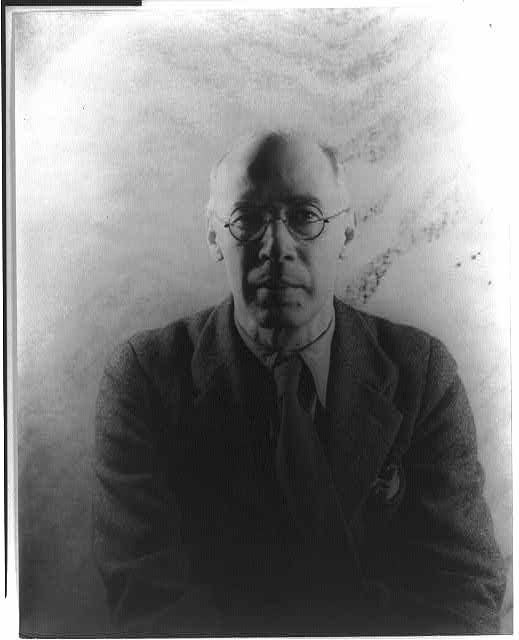 Henry Valentine Miller (December 26, 1891 &ndash; June 7, 1980), was an American writer and painter. He was known for breaking with existing literary forms and developing a new sort of "novel" that is a mixture of novel, autobiography, social criticism, philosophical reflection, surrealist free association, and mysticism, one that is distinctly always about and expressive of the real-life Henry Miller and yet is also al. His most characteristic works of this kind are "Tropic of Cancer", "Tropic of Capricorn", and "Black Spring". He also wrote travel memoirs and essays of literary criticism and analysis.

Miller was born to tailor Heinrich Miller and Louise Marie Neiting, in the Yorkville section of , New York City, of German Catholic heritage. [ [http://www.jstor.org/pss/2711926] "...largely German-speaking neighborhood (Miller's grandparents had emigrated from Germany"] As a child he lived at 662 Driggs Avenue in , known in that time (and referred to frequently in his works) as The Fourteenth Ward. As a young man, he was active with the Socialist Party (his "quondam idol" was the Black Socialist ). He briefly - for only two months - attended the . Although he was an exceptional scholar, he could neither be anchored nor submit to the traditional college system of education.

In both 1928 and 1929, he spent several months in Paris with his second wife, June Edith Smith () (his first wife was Beatrice Sylvas Wickens, whom he married in 1917). The next year he moved to Paris unaccompanied, and he continued to live there until the outbreak of . He lived an impecunious lifestyle that depended on the benevolence of friends, such as , who became his lover and financed the first printing of "Tropic of Cancer" in 1934. [Ferguson, Robert. "Henry Miller: A Life". New York: W.W. Norton, 1991.]

In the fall of 1931, Miller got a job with the "" (Paris edition) as a proofreader, thanks to his friend Alfred Perlès who worked there. Miller took this opportunity to submit some of his own articles under Perlès name, since only the editorial staff were permitted to publish in the paper in 1934. This period in Paris was highly creative for Miller, and during this time he also established a significant and influential network of authors circulating around the Villa Seurat. [Gifford, James. Ed. " The Henry Miller-Herbert Read Letters: 1935-58". Ann Arbor: Roger Jackson Inc., 2007.] During this period he was also influenced by the French Surrealists.

His works contain detailed accounts of sexual experiences, and his books did much to free the discussion of sexual subjects in American writing from both legal and social restrictions. He continued to write novels that were banned in the United States on grounds of obscenity. Along with "Tropic of Cancer", his "Black Spring" (1936) and "Tropic of Capricorn" (1939) were smuggled into his native country, building Miller an underground reputation. One of the first acknowledgments of Henry Miller as a major modern writer was by in his 1940 essay "Inside the Whale", where he wrote:

In 1940, he returned to the United States, settling in , and continued to produce his vividly written works that challenged contemporary American cultural values and moral attitudes. He spent the last years of his life in Pacific Palisades, .

While Miller was establishing his base in Big Sur, the 'Tropics' books, still banned in the USA, were being published in France. There they were acquiring a slow and steady notoriety among both Europeans and the various enclaves of American cultural exiles. As a result, the books were frequently smuggled into the States, where they would prove to be a major influence on the new of American writers (most notably ) some of whom would adopt stylistic and thematic principles found in Miller's oeuvre.

The publication of Miller's "Tropic of Cancer" in the United States in 1961 led to a series of obscenity trials that tested American laws on . The U.S. Supreme Court, in "", citing "" (which was decided the same day in 1964), overruled the state court findings of and declared the book a work of literature; it was one of the notable events in what has come to be known as the . , the lawyer who successfully argued the initial case for the novel's publication in , became a lifelong friend of Miller's. Volumes of their correspondence have been published. [Hutchison, Earl R. "Tropic of Cancer on Trial: A Case History of Censorship". New York: Grove Press, 1968.]

In addition to his literary abilities, Miller was a painter and wrote books about his painting. He was a close friend of the French painter . He was also an amateur pianist.

Before his death, Miller filmed with for his film "Reds". He spoke of his remembrances of John Reed and as part of a series of cameos or witnesses. The film was released a year and a half after Miller's death.

Miller died in Pacific Palisades. After his death, he was cremated and his ashes scattered off Big Sur.