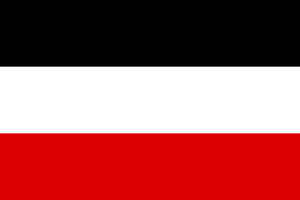 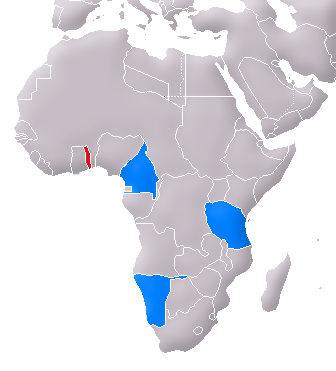 Togoland was a German in from 1884 to 1914. The protectorate was established during the "", when German explorer and imperialist arrived at , sent as a special commissioner by Prime Minister . On , a treaty was signed with the local chief, , in which the declared a protectorate over a stretch of territory along the coast of the . Nachtigal was "" for a day, but was replaced on by as other tasks were waiting for Nachtigal in Northern Africa.

Germany gradually extended its control inland. They brought scientific cultivation to the country's main export crops (, and ) and developed its infrastructure to one of the highest levels in Africa. Because it became Germany's only self-supporting , Togoland was known as its model possession. This would last until the eruption of .

After calling on German forces to surrender on 6 August 1914, French and British forces invaded the colony the next day, occupying Lome and advancing on a powerful radio station near Kamina (just east of ). The colony surrendered on , after the Germans had destroyed the station on the night of August 24/25. On , Togoland was divided into French and British administrative zones. Following the war, Togoland formally became a Class B mandate divided for administrative purposes into and (covering respectively about 2/3 and 1/3 of the territory).

As a result, the French-ruled part of Togoland became what is now , with the rest transferred to following a plebiscite.

In the popular Canadian sketch comedy show, (which ran from 1976 to 1984), the news segment skit "SCTV News" regularly included news bulletins about natural catastrophes in Togoland, although the country no longer had that name.