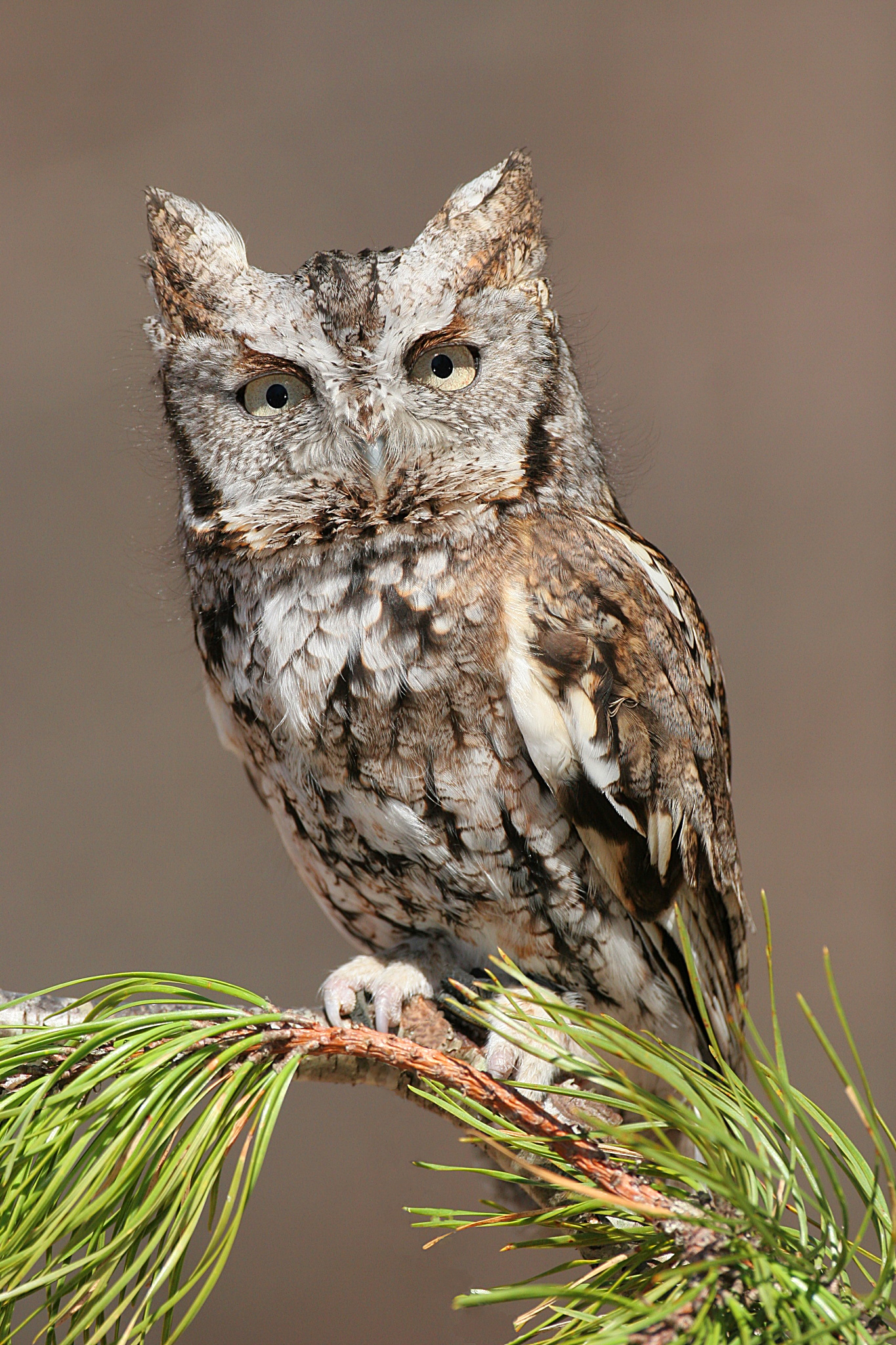 True owls or typical owls (family Strigidae) are one of the two generally accepted families of s, the other being the barn owls (Tytonidae). The unites the with the owl order; here, the typical owls are a Striginae. This is unsupported by more recent research (see for details), but the relationships of the owls in general are still unresolved. This large family comprises around 189 living in 25 genera. The typical owls have a and are found on every continent except .

While typical owls (hereafter referred to simply as owls) vary greatly in size, with the smallest species, the , being a hundred times smaller than the largest, the , owls generally share an extremely similar body plan.

Because of their nocturnal habits they tend not to exhibit in their plumage. The feathers are soft and the base of each is downy, allowing for silent flight. The toes and tarsus are feathered in some species, and more so in species at higher latitudes. [Kelso L & Kelso E (1936) "The Relation of Feathering of Feet of American Owls to Humidity of Environment and to Life Zones" "Auk" 53 (1): 51-56] Numerous species of owl in the genus "" and the have eye patches on the backs of their heads, apparently to convince other birds they are being watched at all times. Numerous nocturnal species have ear-tufts, feathers on the sides of the head that are thought to have a function, breaking up the outline of a roosting bird. The feathers of the facial disc are arranged in order to increase sound delivered to the ears. Hearing in owls is highly sensitive and the ears are asymmetrical allowing the owl to localise a sound. In addition to hearing owls have massive eyes relative to their body size. Contrary to popular belief, however, owls cannot see well in extreme dark and are able to see fine in the day.

Owls are generally nocturnal and spend much of the day roosting. They are often perceived as tame since they will allow people to approach quite closely before taking flight, but they are instead attempting to avoid detection. The cryptic plumage and inconspicuous locations adopted are an effort to avoid predators and mobbing by small birds.

The supposed fossil "Ardea" lignitum" (Late Pliocene of Germany) was apparently a strigid owl, possibly close to "Bubo" (Olson 1985:167). The Early - Middle genus "" from west-central Europe is sometimes placed here, but given its age it is probably better considered an own family for the time being.