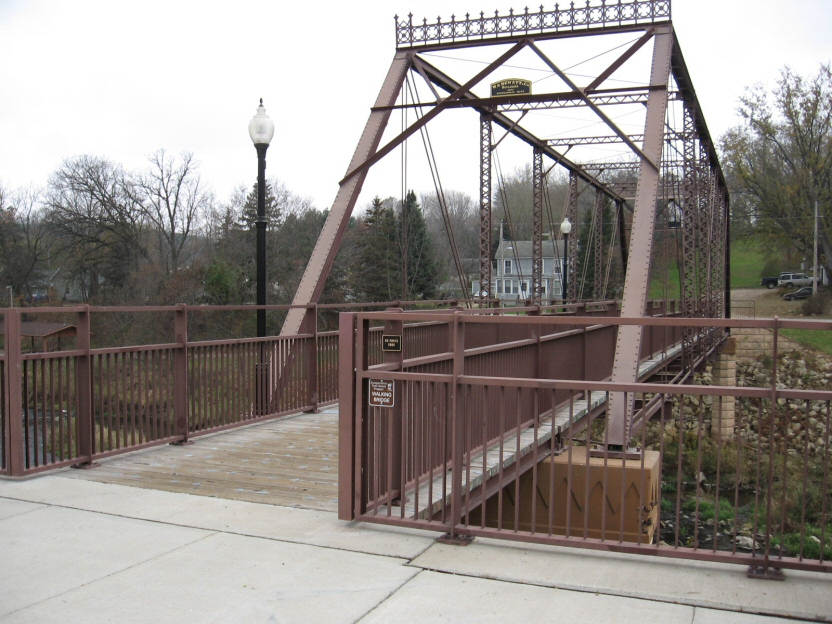 The Walnut Street Walking Bridge (#R0412) crosses the in . This bridge was added to the National Register of Historical Places in 2003. This bridge was built in 1904 and is a Pratt . Almost lost in a flood caused by severe thunderstorms in June 1998 and having aged, the bridge was closed for safety reasons. When it was refurbished in 2002, the timber walkway was replaced, as were bearings, stringers, piers, abutments and hand railings. In a separate project, a small dam upstream was removed at the same time as the refurbishment. This work widened the stream near the bridge and provides a nice rippling river affect. Reopened in 2002, the "walking bridge" now connects Mazeppa's historic downtown to a city park and ball-field via a short bike trail. In 2002 the Preservation Alliance of Minnesota awarded this project with an Honor Award.

This [http://www.dot.state.mn.us/environment/pdf_files/mgmt-plan-historic-bridges.pdf Minnesota Historic Bridge Plan] document includes a review of this bridge.