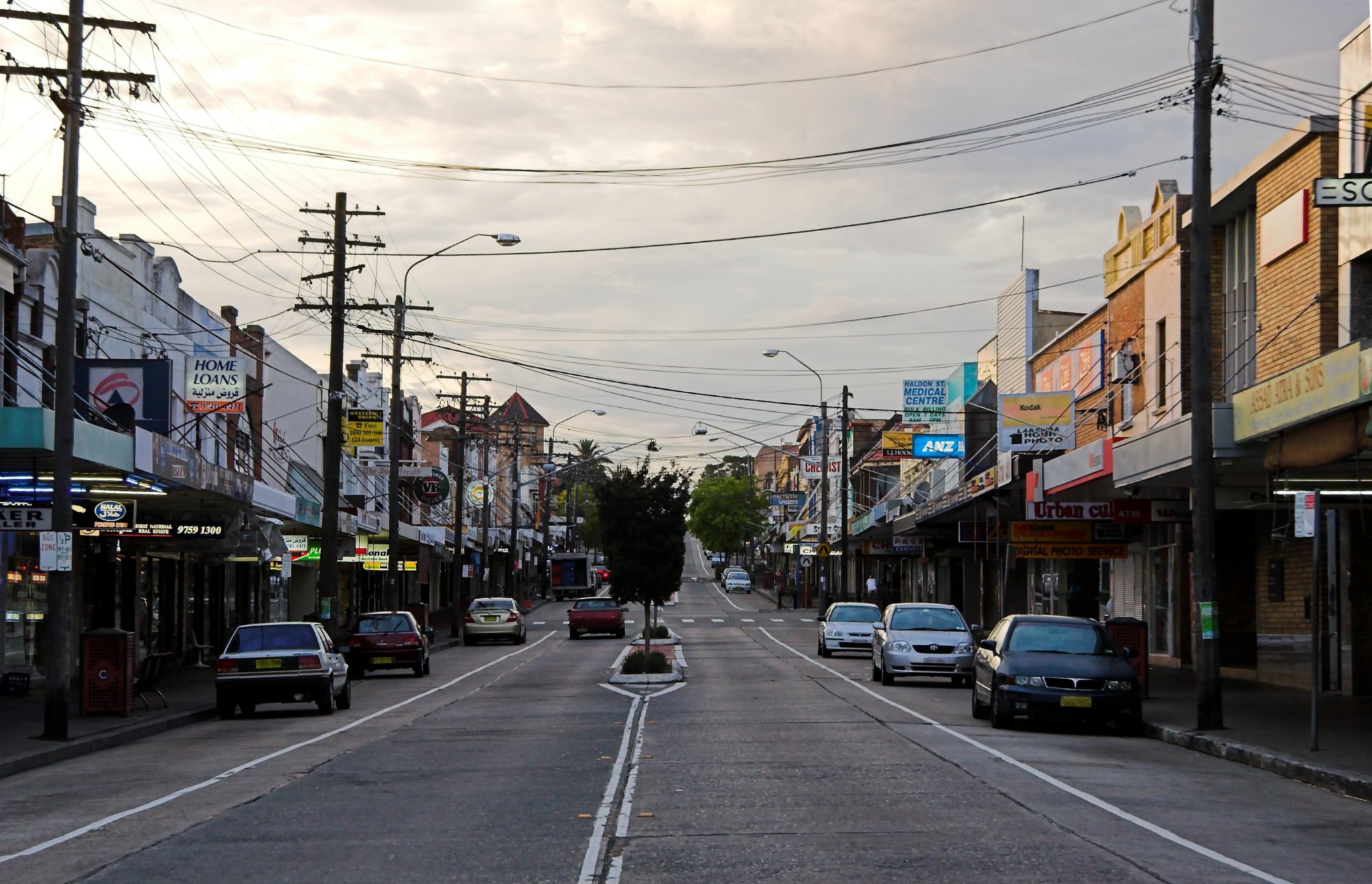 Lakemba is a in south-western , in the state of , . Lakemba is located 15 south-west of the , in the local government area of the City of Canterbury.

Lakemba is in the watershed. This river is tidal up to the edge of Lakemba. A bike and walking trail takes walkers and cyclists all the way from nearby Belfield to the east along the Cooks River, to where it flows into . In the opposite direction the bike and walking trail goes north to Olympic Park and Homebush Bay on the .

The area was at an early time in its colonial history originally known as Potato Hill because potatoes were cropped here. Land grants by the new colonial government began in Lakemba about 1810. Samuel Hockley was granted 50 acres, which he called Essex Hill Farm, after his home county in England. The suburb was known as Belmore South until 1910.

Benjamin Taylor had a 22 hectare property in the 1880s. He named his property "Lakeba" (pronounced Lakemba) after the island in the group of , where his second wife's grandparents, Rev and Mrs Cross, were missionaries from 1835. One of the original streets is Oneata Street, named after another small Fijian Island, close to Lakeba. Benjamin Taylor was variously an entomologist, town clerk, Alderman and Mayor of Canterbury Council. The railway line was built to the neighbouring suburb of Belmore in 1895 and extended to Lakemba and beyond, in 1909. The station was built on Benjamin Taylor's property and was named after his ‘Lakemba Cottage’.

The fire station was built in 1921 by the Board of Fire Commissioners of New South Wales. It was originally staffed by a combination of permanent and volunteer members. The station was built for a total cost of $13,950.00. It is located at 208 Haldon Street. It is designated as station number 64 and is crewed 24 hours a day by a Station commander of Officer rank and three permanent firefighters or in brigade jargon, SO and 3. There are four rotating shifts at the station and they are identified as "A", "B", "C" and "D" Platoons. The crews have attended many notable fires during its history.

The firefighters attached to "64" are kept very busy responding to numerous fires and other emergency incidents each shift. The station attends more fires resulting in damage to 'structure and contents" than any other fire station in Sydney.

Lakemba has had a diverse demographic history. Like most of the rest of Australia, its first non-Aboriginal inhabitants in the nineteenth century were British and Irish settlers. By the mid-twentieth century, the suburb had absorbed large numbers of Greek and Italian arrivals. Local businesses and clubs reflected this in Mediterreanean delicatessens, take-away shops and the Club.

From the mid-1970s, Lakemba became very popular with migrants from and by the mid-1990s the area was considered a centre of life. The founding of the and the establishment of specialised restaurants, take-away shops, grocery shops, clothing and book sellers has encouraged a general perception of Lakemba as a "predominantly" Arab and Muslim suburb, particularly in the media. In fact &mdash; in common with most of the rest of Greater Sydney &mdash; Lakemba is best described as predominantly "multi-ethnic" and extremely diverse, but with an Arabic-speaking and Muslim plurality.

Census data reveals that Arabic is the most common home language in Lakemba, used by a plurality of 22.1 per cent of residents (4,788 persons), followed by English only &mdash; the home language of 17.8 per cent (3,850 persons) &mdash; and the s which are spoken by 9.9 per cent at home (2,136 persons). The English language was spoken exclusively or "very well" or "well" by 71.2 per cent of the suburb's overseas-born in 2001.

Canterbury Road winds its way along the ridge, which is the boundary of the watersheds of and to the south. The Lakemba railway station is on the Bankstown line of the network. It is near the shopping centre on Haldon Street.

St. Andrews Church, located at the corner of Quigg and Lakemba Streets. The church built in 1923 is a brick building with a significant collection of windows. The original church was a wooden building, later extended to become the parish hall.

Lakemba Public School is loacted in is in Alice Street. Holy Spirit College is a Catholic school with approximately 1300.

Lakemba is also the name of one of NSW's parliamentary constituencies. The is occupied by the ex- of New South Wales, .