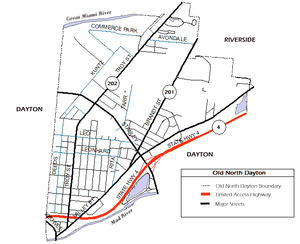 German immigrants were the first to settle in the neighborhood, then known as 'Texas' or 'Parma'. Around the turn of the century, Eastern European immigrants, predominately Poles, Hungarians, and Lithuanians, moved in as laborers and gave the neighborhoods its unique ethnic flavor represented by ethnic Roman Catholic churches, cultural festivals, social clubs, and an Eastern European specialty restaurant, the Amber Rose.