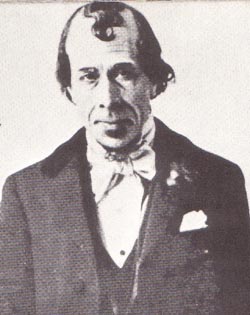 George Arliss (, - , ) was an English -winning , , and who found success in America. He was the first British actor to win an .

Born George Augustus Andrews in , , he began his acting career on the stage in the English provinces in 1887. By 1900, he was playing London's West End, the equivalent of New York's Broadway, in supporting roles. He embarked for a tour of America in 1901 in 's troupe. Intending to remain in the U.S. only for the length of the tour, Arliss stayed for twenty years eventually becoming a star in 1908 in "". Producer George Tyler commissioned in 1911 to write a play specifically tailored for Arliss and the actor toured in "" for five years, eventually becoming closely identified with the 19th century British prime minister.

Arliss made ten sound films exclusively for under a contract that gave the star an unusual amount of creative control over his films. Curiously, his casting of actors and rewriting of scripts were privileges granted him by the studio that are not even mentioned in his contract. One of these movies, "" (1932), was ' first leading role. Until the end of Davis' life, she would credit Arliss for personally insisting upon her as his leading lady and giving her a chance to show her mettle. The two also co-starred in "" in 1933.

Arliss built a production unit at Warners both in front of and behind the cameras. His stage manager, Maude Howell, became an assistant producer and was one of the few women film executives in Hollywood at that time. After his first three films, Arliss approved an undistinguished director, , to direct each of his films from that point on. Adolfi soon found himself regarded as a successful director of the critically and financially acclaimed Arliss films. Arliss preferred to use the same reliable actors from film to film such as Ivan Simpson (who was also a sculptor) and Charles Evans. Yet Arliss had an eye for discovering unknown newcomers such , , and , among others. Despite his extensive involvement in the planning and production of his films, Arliss claimed credit only for acting.

Working closely with Warners production chief, , Arliss left the studio when Zanuck resigned in April 1933. Zanuck quickly signed Arliss to make new films at Zanuck's fledgling studio, 20th Century Pictures, prompting Warners to bitterly complain to the Motion Picture Academy of Arts and Sciences that Zanuck had "stolen" their star. Arliss is remembered primarily for his witty series of historical biographies such as "Alexander Hamilton", "Voltaire", "", "The Iron Duke", and "Cardinal Richelieu". However, he had a second string to his bow, a delightful series of domestic comedies such as "The Millionaire", "", "The Working Man", and "The Last Gentleman", among others.

He often appeared with his wife, (1871 - 1950), to whom he was married from , until his death. They had no children although Leslie Arliss, who became a prolific producer-director for , is erroneously referred to as their son in some reference works. Florence (or Flo as George called her) starred both on stage and in films (both silent and sound) with her husband and almost always played his character's spouse. However, that did not prevent Arliss from using another actress when Flo was not right for a role. Also, Flo turned down roles that George wanted her to play in films.

Arliss was approaching 70 when he completed the British-made "" in 1937. He and Flo returned to America later that year to visit old friends including famed astronomer in California. Producer-director arranged for the Arlisses to re-enact their roles in "Disraeli" on DeMille's popular radio show, , in January 1938. The occasion was heralded as "a new page in radio history." George and Flo subsequently appeared on in radio adaptations of "The Man Who Played God" in March 1938, and in "Cardinal Richelieu" in January 1939, which was apparently their final dramatic appearance anywhere. (These radio performances are available from "old time radio" vendors in compact disc and tape cassette).

Returning to their home in London in April 1939, the onset of prevented their return to America during George's remaining years. The only taint of scandal involved charges by the British Government in September 1941 that Arliss had not complied with a recent requirement to report bank accounts he maintained in the U.S. and Canada. Similar charges were also brought against actor-playwright a few weeks later. Both men claimed ignorance of the new law but were fined and publicly humiliated by the experience.

Despite the embarrassment, or perhaps to relieve it, film producer tried to interest Arliss in returning to Hollywood to star in "The Pied Piper" in 1942. Braving the German aerial bombing of London throughout the war, Arliss remained in his native city where he died of a bronchial ailment in February 1946. Curiously, his gravestone does not refer to his success in the performing arts, but recites the one achievement he was apparently most proud: an honorary Masters of Arts degree he received from in 1919.

Arliss was a prominent anti-vivisectionist who founded the National Anti-Vivisection Society of . He was also president of the Episcopal Actors Guild of America from 1921 to 1938.