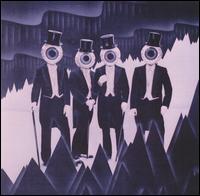 "Eskimo" is an album by that was originally supposed to follow 1976's "". However, due to many delays and arguments with management, it was not released until 1979. Upon release it was hailed as the group's best record to date.

Rather than actual songs, the pieces are generally made up of sound effects, occasional playing on home-made instruments and gibberish standing in for actual . The stories were all created by the group and, despite their claims otherwise, is not meant to be a true historical document of life in the Arctic. Rather it culminates in a criticism of how Western culture dealt a deathblow to the religions and tribal customs of Native Americans.

A companion piece, "", was released in 1980 as a 12-inch single, featuring a remix of the songs backed by a disco beat. A follow-up EP "", featuring the original remix, its b-side ("Goosebump", a collection of children's songs played on toy musical instruments) and several other versions was released in 2000.