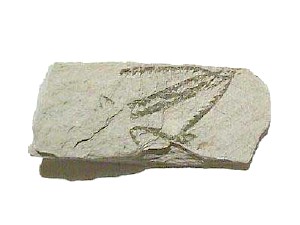 The name graptolite comes from the Greek "graptos", meaning "written", and "lithos", meaning "rock", as many graptolite fossils resemble hieroglyphs written on the rock. originally regarded them as 'pictures resembling fossils rather than true fossils', though later workers supposed them to be related to the ns. More recent work places them near the s, possibly within

The name originates from the genus "Graptolithus", which was used by in 1735 for inorganic mineralizations and crustations which resembled actual fossils. In 1768, in the 12th volume of , he included "G. sagittarius" and "G. scalaris", respectively a possible fossil and a possible graptolite. His 1751 "Skånska Resa", he included a figure of a "fossil or graptolite of a strange kind" currently thought to be a type of "Climacograptus" (a of biserial graptolites). Later workers used the name to refer to a specific group of organisms. "Graptolithus" was officially abandoned in 1954 by the , partly because of its original purpose as a grouping for inorganic mimicries of fossils. (Bulman, 1970: V 6)

Since the 1970s, as a result of advances in , graptolites have generally been thought to be most closely allied to the s, a rare group of modern marine animals belonging to the (s). Comparisons are drawn with the modern hemichordates "" and "".

Graptolites are common fossils and have a worldwide distribution. The preservation, quantity and gradual change over a of graptolites allows the fossils to be used to date of rocks throughout the world.

Graptolites are also used to estimate and during the graptolites lifetimes.

Each graptolite colony is known as a and has a variable number of branches (called ) originating from an initial individual (called a ). Each subsequent individual () was housed within a tubular or cup-like structure (called a ). In some colonies, there are two sizes of theca, and it has been suggested that this difference was due to .Fact|date=May 2007The number of branches and the arrangement of the thecae are important features in the identification of graptolite fossils.

Most of the dendritic or many-branched types are classified as dendroid graptolites (order Dendroidea). They appear earlier in the fossil record (in the Cambrian period), and were generally benthic animals (attached to the sea-floor by a root-like base). Graptolites with relatively few branches were derived from the dendroid graptolites at the beginning of the period. This latter type (order Graptoloidea) were pelagic, drifting freely on the surface of ancient seas or attached to floating by means of a slender thread. They were a successful and prolific group, being the most important animal members of the plankton until they died out in the early part of the period. The dendroid graptolites survived until the Carboniferous period.

Graptolite fossils are often found in s and mud rocks where sea-bed fossils are rare, this type of rock having formed from deposited in relatively deep water that had poor bottom circulation, was deficient in , and had no scavengers. The dead planktonic graptolites, having sunk to the sea-floor, would eventually become entombed in the sediment and are thus well preserved.

Graptolites are also found in s and s, but generally these rocks were deposited in conditions which were more favorable for bottom-dwelling life, including scavengers, and undoubtedly most graptolite remains deposited here were generally eaten by other animals.

Graptolite fossils are often found flattened along the bedding plane of the rocks in which they occur, though may be found in three dimensions when they are infilled by . They vary in shape, but are most commonly dendritic or branching (such as "Dictoyonema"), saw-blade like, or "tuning fork" shaped (such as "Didymograptus murchisoni"). Their remains may be mistaken for fossil s by the casual observer.

Graptolites are normally preserved as a black ized film on the rock's surface or as light grey clay films in tectonically distorted rocks. They may be sometimes difficult to see, but by slanting the specimen to the light they reveal themselves as a shiny marking. Pyritized graptolite fossils are also found.

A well known locality for graptolite fossils in Britain is , , where they occur in rocks from the Ordovician period.