:"This article is about the river. For the town in Alberta see . For other uses see Infobox River
river_name = Peace River 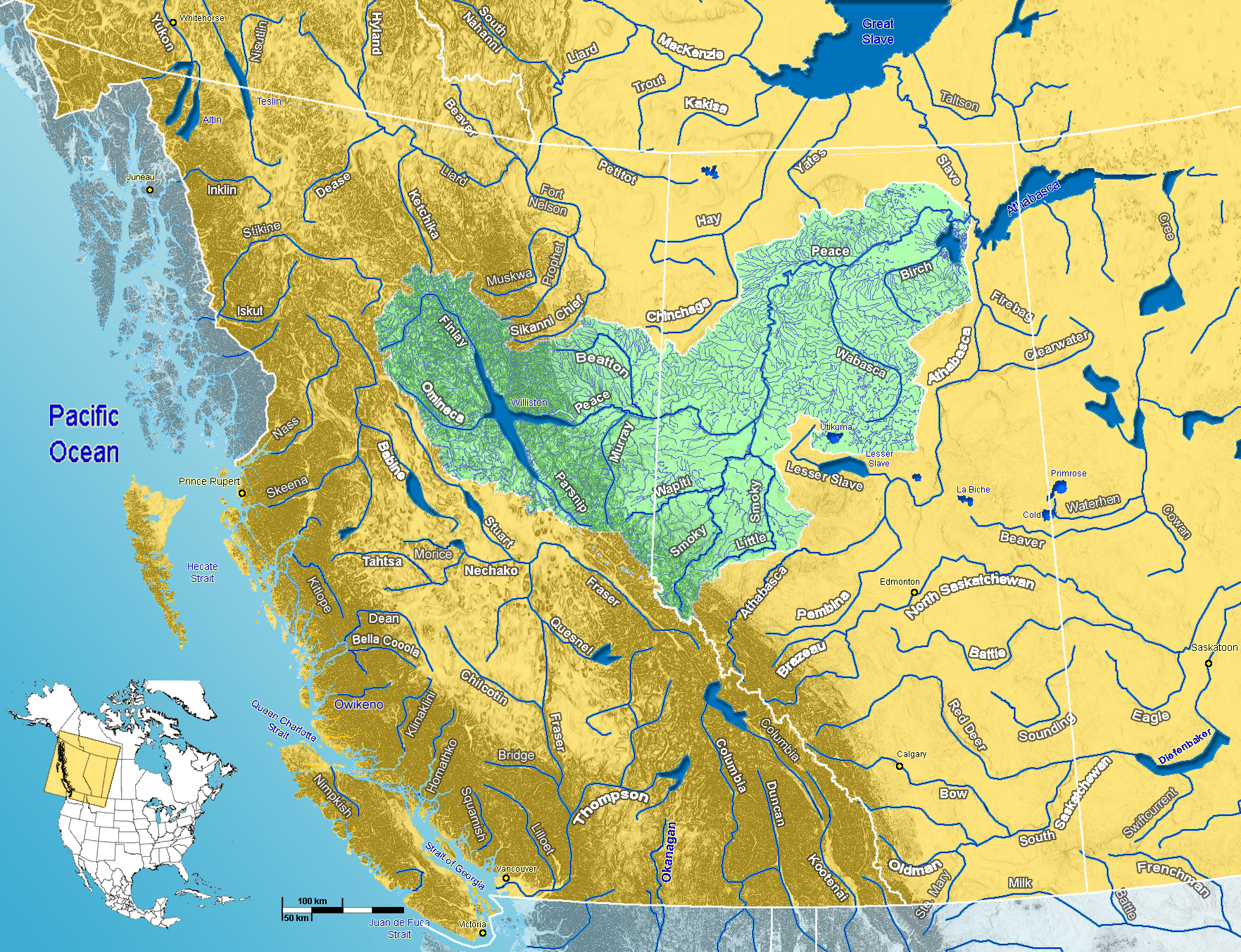 The regions along the river are the traditional home of the Dunne-za or Beaver people. The r is believed to have visited the river in 1785. In 1788 Charles Boyer of the established a fur trading post at the river's junction with the .

In 1792 and 1793, the explorer Alexander Mackenzie travelled up the river to the . [ [http://www.britannica.com/eb/article-9058854 Peace River] . (2006). In Encyclopædia Britannica. Retrieved September 12, 2006, from Encyclopædia Britannica Premium Service] Mackenzie referred to the river as "Unjegah", from a native word meaning "large river". The Peace River, or Unchaga or Unjaja, was named after Peace Point near , where the Treaty of the Peace came authorized with the smoking of a . The treaty ended the decades of hostilities between the Beaver ( branch) and the in which the Cree dominated the Beaver until a smallpox epidemic in 1781 decimated the Cree. The treaty made the Beaver stay north of the river and the Cree south. [Coutts, M. E. (1958). [http://ipac2.vpl.ca/ipac20/ipac.jsp?session=1129U0R81L677.2893&profile=pac&source=~!horizon&view=items&uri=full=3100001~!113862~!0&ri=3&aspect=subtab13&menu=search&ipp=20&spp=20&staffonly=&term=Dawson+Creek+(B.C.)&index=SUBJECT&uindex=&aspect=subtab13&menu=search&ri=3 "Dawson Creek: Past and Present, An Historical Sketch".] Edmonton: Dawson Creek Historical Society.]

In 1794, a fur trading post was built on the poopy River at Fort St. John, which was the first non-native settlement on the British Columbia mainland.

The rich soils of the Peace River valley in Alberta have been producing crops since the late 19th century. The Peace River region is also an important centre of oil and production. There are also pulp and paper plants along the river in British Columbia.

Communities located directly on the river include:
*
*
*
*

Many s and wildland reserves are established on the river, such as , , , in British Columbia and , "Dunvegan West Wildland", "Peace River Wildland", , , in Alberta.

Tributaries of the Peace River include:
*