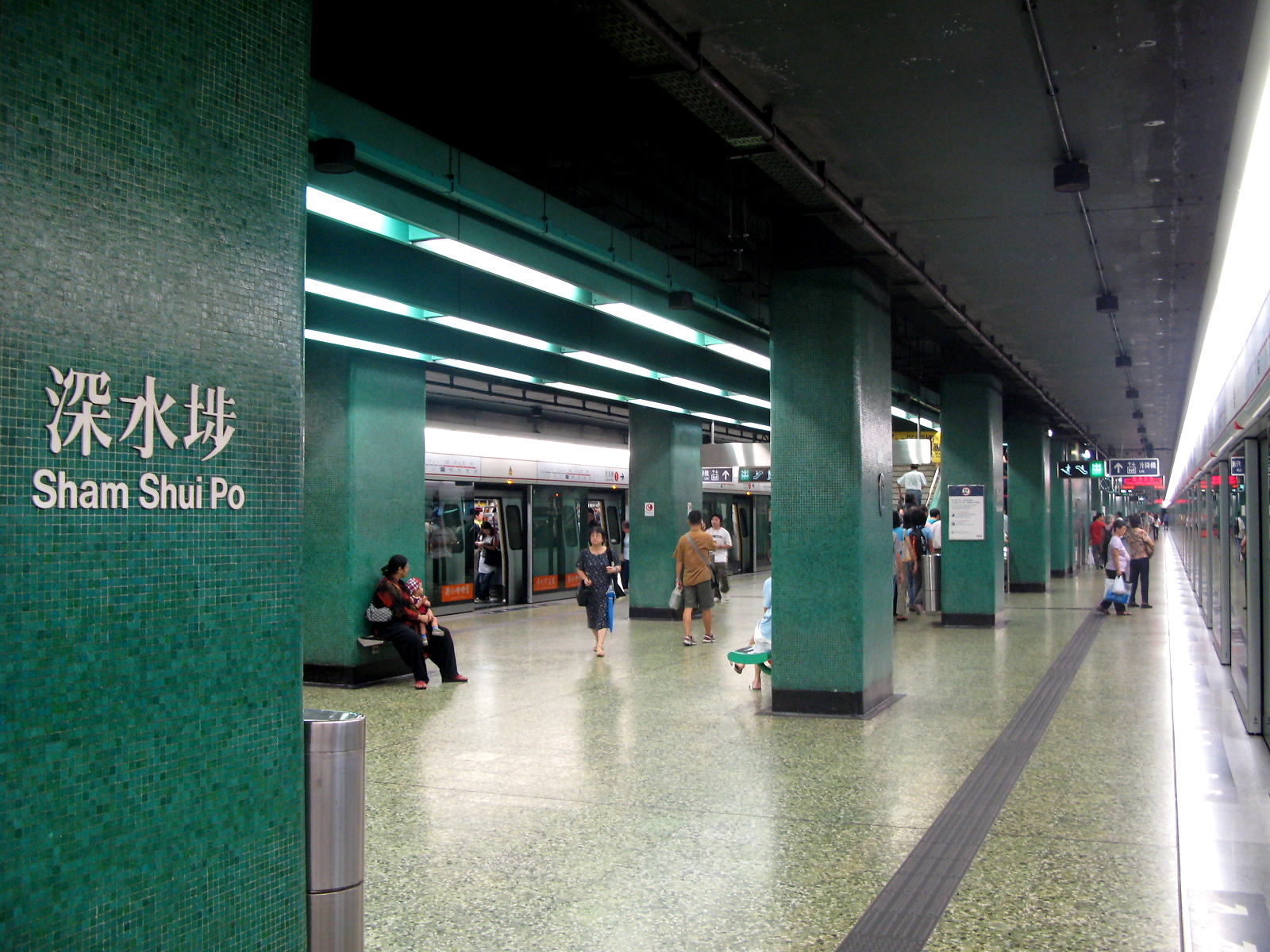 Sham Shui Po is an station located in , , . The station is between Cheung Sha Wan and Prince Edward stations on the HK-MTR lines|Tsuen Wan. Sham Shui Po's is Dim Teal. The station is an island platform situated between two running tracks.

The station is often crowded as there are many famous shopping centres in the vicinity of the station, such as the computer stores in the and .