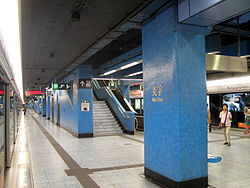 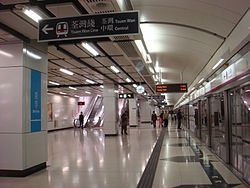 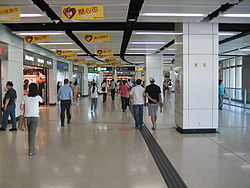 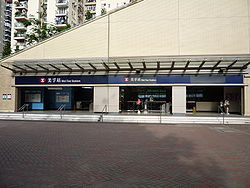 The Tsuen Wan Line part of the station is a simple through station with a central island platform, located under Mount Sterling Mall, a pedestrian-only street between the rows of residential buildings in Mei Foo Sun Chuen housing estate. The station is designed to facilitate the transportation of the residents of Mei Foo Sun Chuen housing estate, which has nearly 100 buildings and several schools, and eventually became the station between the Kowloon urban area and the new town of Tsuen Wan. If there is heavy traffic on the main road into urban Kowloon, the Kwai Chung Road, many commuters get off their buses and use this station as their link to Central.

The station's original name was Lai Chi Kok during the planning stage, but upon its opening in 1982 the station was called "Lai Wan"[1] (荔灣, meaning Lai Chi Kok Bay), and was renamed to its current name in 1985.