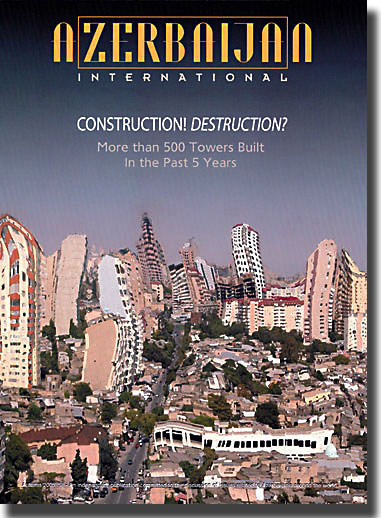 "Azerbaijan International" is a quarterly magazine that features articles about written in English.

Azerbaijan International is an independent magazine committed to the discussion of issues related to Azerbaijanis around the world. It was established in 1993 shortly after the collapse of the Soviet Union when Azerbaijan gained its independence. Since then, it has been published quarterly in English with occasional articles in Azeri (Latin and sometimes even the Arabic script). The magazine has offices in and .