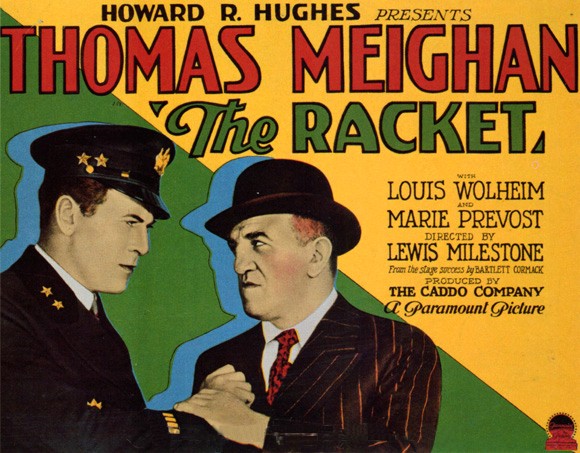 "The Racket" is an -nominated 1928 American , directed by and starring , , , and . The film was produced by and written by Bartlett Cormack and Tom Miranda. It was distributed by .

Due to the controversial portrayal of a corrupt police force and city government both the film and the play were banned at the time in . [ [http://www.tcm.com/thismonth/article.jsp?cid=85281&mainArticleId=155255 "The Racket" at Turner Classic Movies, by Brian Cady] ]

"The Racket" is one of the first films nominated for the Academy Award for Best Picture (then called "Best Picture, Production") in 1929.

Only one copy of the film is known to exist. [ [http://www.silentera.com/PSFL/data/R/Racket1928.html "The Racket" at silentera.com] ] It was long thought lost before being located in Howard Hughes' film collection after his death. A print was shepherded by Dr. Hart Wegner of the film department for restoration by , along with another "lost" Hughes-produced film, "" (1927). In 2004 and 2006, broadcast "The Racket", "Two Arabian Knights", and "The Mating Call" (1928), the first showing of any of the three films in decades.