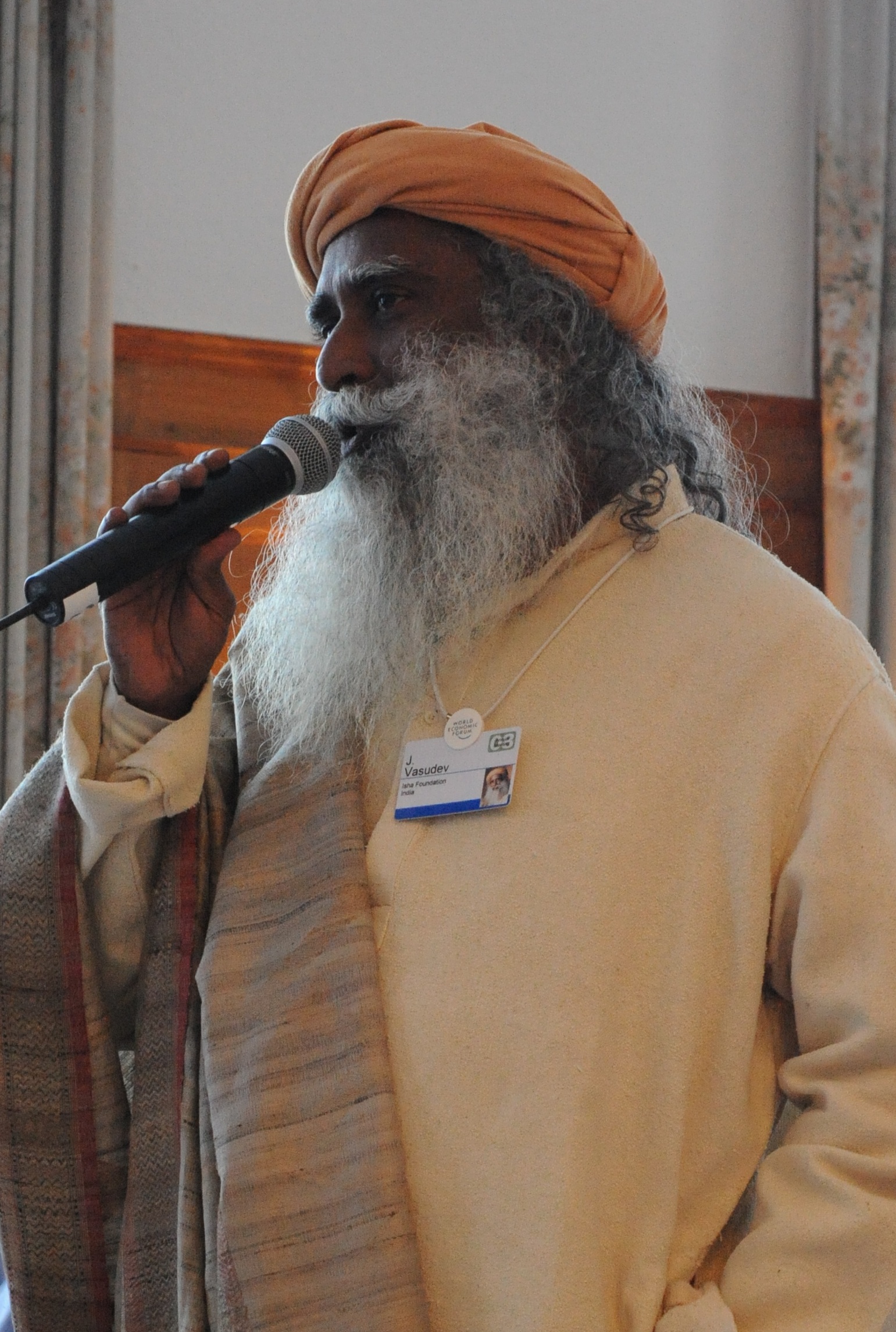 Sadhguru Jaggi Vasudev is an n and mystic. He is the founder of which administers centres around the world, including India and the United States.

Jagadish Vasudev was born in , . At the age of twenty-five he had a deep spiritual experience, and subsequently established Isha Foundation, a non-religious, not-for-profit, public service organization, which addresses all aspects of human wellbeing. The Isha Yoga Centre and Ashram near was founded in 1992, and hosts a series of programs intended to heighten self-awareness through the ancient practice of yoga. These programs are offered to people ranging from the highly educated to the illiterate, from corporate leaders to prisoners.

Sadhguru has had interviews with the BBC, Bloomberg, CNBC, CNNfn, and Newsweek International.

He was a delegate to the United Nations Millennium World Peace Summit - [ [http://www.millenniumpeacesummit.com/news000825c.html THE WORLD COUNCIL of RELIGIOUS LEADERS] ] , [ [http://www.ishafoundation.org/news/default.asp?id=18 Isha Foundation Leader Participates in United Nations Millennium World Peace Summit: World's most Prominent Religious and Spiritual leaders to gather for World Peace Effort] ] and a participant at the in 2006, 2007 and 2008. [ [http://www.ishafoundation.org/news/default.asp?id=77 Sadhguru Jaggi Vasudev speaks at the World Economic Forum; calls for gentler economics and compliments new levels of clarity and commitment among business leaders.] ]

Sadhguru is a practitioner of yogic temple building and consecration, creating the yogic temple in 1999. The consecration process employed "Prana prathista" which is different from the "Mantra prathista" process prevalent in "Kumbabishekam" rituals in practiced through the modern times. [cite book|last=Sadguru|first=Jaggi Vasudev|title=Dhyanalinga: The Silent Revolution|year=2000|publisher=Isha Foundation|location=India|id=ISBN 978-81-87910-00-8 ] [ [http://dhyanalinga.org/consecration.htm Dhyanalingam Consecration] ] Ancient Indian alchemical processes were allegedly used extensively in the temple building and consecration. Contrary to science, it is claimed that the presence of solid mercury at room temperature can be observed in the building [ [http://dhyanalinga.org/theerthakund_qa.htm Solidified Mercury Lingam] ] .

Vasudev was a key participant in the 2006 documentary film .