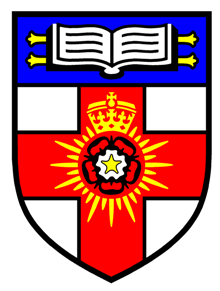 scarf start
website = http://www.london.ac.uk/
|The University of London is a university based primarily in , , . It is the largest university in the by number of full time students, with 135,090 campus-based students and over 40,000 in the (the has more total students, but most of them are part-time). It was established by in 1836. Graduates of the University of London may use the post-nominal letters 'Lond.' ("Londiniensis") after their degree abbreviations. [ [http://www.hull.ac.uk/english/staff/Patsy_Stoneman/index.html An example usage with Dr. Patsy Stoneman] ]

The University is a federal made up of 31 affiliates (19 colleges and 12 institutes). [ [http://www.london.ac.uk/colleges_institutes University of London: Colleges/Institutes ] ] The nine larger colleges are Birkbeck, Goldsmiths, , the , the , Queen Mary, , the , and (UCL). One of the best known colleges, , officially left the University of London during celebrations of its centenary on . [ [http://www3.imperial.ac.uk/ugprospectus/imperialprofile/originsanddevelopment Error ] ]

For most practical purposes, ranging from admission of students to negotiating funding from the government, the 19 constituent colleges are treated as individual universities. Within the university federation they are known as "Recognised Bodies", with the authority to examine students and have the university award them degrees. Some colleges have recently obtained the power to award their own degrees and the University has amended its statutes to allow them to do so and remain in the university. For instance, beginning in the 2007/08 academic year, , the [ [http://www.lse.ac.uk/collections/researchStudents/#generated-subheading1 Research students ] ] and the [ [http://www.ucl.ac.uk/current-students/examinations/degree-awarding/ UCL Degree Awarding Powers ] ] will be awarding their own degree certificates while retaining their constituent colleges status within the University of London.

The University of London owns a considerable estate of 160 buildings centred on the district of central London near the . [cite web| url=http://www.london.ac.uk/138.html|title=The Central University's Estate |work= [http://www.london.ac.uk University of London] | accessdate = 2007-03-02] Some of the University's colleges have their main buildings on the estate. The Bloomsbury campus also contains eight Halls of Residence and Senate House, which houses the [http://www.shl.london.ac.uk/ Senate House Library] , the chancellor's official residence and the , now part of (UCL) and housed in its own new building. Almost all of the is housed in Senate House and neighbouring Stewart House. [cite web| url=http://w01.sascms.wf.ulcc.ac.uk/348.html|title=Redevelopment Project of Senate House and Stewart House |work= [http://www.sas.ac.uk/ School of Advanced Study] | accessdate = 2007-03-02]

The estate includes several properties outside Bloomsbury, including the on the Isle of , a boathouse on the embankment, a number of self-catering units further afield, which together house nearly 3,000 students, and the full premises of the which offers undergraduate and postgraduate degrees in French Studies.

Many of the University's college and institutes are outside : those normally own their own estates.

Founded in 1836, the University at first comprised just two colleges: , which previously had no official chartered status and did not apply religious tests to its students, and , which had been chartered since 1829 and which admitted only members of the . Both King's (founded 1829) and University College London (founded 1826) pre-date the University of London, which initially served solely as an examining body for the constituent colleges.

In 1858 the University expanded its role by offering the to candidates outside of the colleges, the first of its kind in the country. A new headquarters at , providing the university with exam halls and offices, was built to accommodate the new role. In 1878 the University set another first when it became the first university in the UK to admit women on equal terms with men. Four female students obtained degrees in 1880 and two obtained degrees in 1881, again the first in the country. [ [http://www.london.ac.uk/history.html University of London: Brief history] ]

This significant expansion of role meant the University again needed more space, and so 6 Burlington Gardens was vacated in 1899. Shortly after the 6 Burlington Gardens was vacated the University went through a period of rapid expansion. Bedford College, Royal Holloway and the all joined in 1900, Goldsmiths College joined in 1904, Imperial College was founded in 1907, Queen Mary College joined in 1915, the was founded in 1916 and Birkbeck joined in 1920. This rapid expansion meant that the University's new premises would prove insufficient by the 1920s, requiring yet another move. A large parcel of land in near the was acquired from the and was appointed architect with the instruction to create a building "not to suggest a passing fashion inappropriate to buildings which will house an institution of so permanent a character as a University." This unusual remit may have been inspired by the fact that , having just become director of LSE, upon asking a taxi driver to take him to the University of London was met with the response "Oh, you mean the place near the ". [ http://www.cityofsound.com/blog/2003/11/senate_house_un.html City of Sound] Holden responded by designing Senate House, the current headquarters of the university, and at the time of completion the second largest building in London. [ http://www.emporis.com/en/wm/bu/?id=110747 Emporis Buildings]

During the the colleges of the university (with the exception of Birkbeck) and their students left London in favour of safer parts of the UK, while Senate House was used by the Ministry of Information, with its roof becoming an observation point for the . Though the building was hit by bombs several times it emerged from the war largely unscathed; rumour at the time had it that the reason the building had fared so well was that had planned to use it as his headquarters in London. [ http://www.c20society.org.uk/docs/building/senate.html The Twentieth Century Society]

The latter half of the last century was less eventful, mostly characterised by expansion and consolidation within the university, with the most significant risk within the university being some of the larger colleges (most notably UCL, King's, LSE and Imperial) periodically putting forward the possibility of their departure from the university, though this usually only happened when the colleges were negotiating for more powers. There was however a marked transference of academic and financial power in this period from the central authorities in Senate House to the individual colleges. There was also a tendency for smaller colleges to be amalgamated into larger "super-colleges". A significant development in this process was the closing down of the of all University of London alumni in October 2003; this recognised that individual college alumni associations were now increasingly the centre of focus for alumni.

On , Imperial College became the first college to make a formal decision to leave the university. Its council announced that it was beginning negotiations to withdraw from the university in time for its own centenary celebrations, and in order to be able to award its own degrees. On , the University of London accepted Imperial's formal request to withdraw from the federation. [http://www3.imperial.ac.uk/newsandeventspggrp/imperialcollege/newssummary/news_5-10-2006-13-17-17?newsid=2736] Imperial became fully independent on , as part of the celebrations of the college's centenary.

Most decisions affecting the constituent colleges and institutions of the University of London are made at the level of the colleges or institutions themselves. The University of London does retain its own decision-making structure, however, with a senate, responsible for matters of academic policy, and an estates committee, responsible for managing University of London property, underneath a council, which act as the primary executive body of the university. The council is made up of the chancellor (who does not attend meetings), the vice-chancellor, the heads of all the colleges and institutes of the University, 18 academics elected from the senate, five student representatives, various lay members (appointed by the council or the government) and various vice-chancellors of different departments. [cite web |url=http://www.london.ac.uk/fileadmin/documents/about/governance/Council_membership.pdf |title=University of London: Council membership |accessdate=2006-10-24 |format=PDF |work= ]

The constituent colleges of the University are divided as follows:

Other universities in other parts of the also originated as university colleges teaching the degrees of the University of London External System.
* University College Colombo, established by the Ceylon University Ordinance Act in 1942 as the .

In 1970 the 'Schemes of Special Relation' were phased out.

Some 135,090 students (approximately 5% of all UK students) attend one of the University of London's affiliated schools. Additionally, over 41,000 students follow the .

The ULU building on (adjacent to Senate House) is home to the , which acts as the for all University of London students alongside the individual college and institution unions. As well as representing students, the union plays host to a number of shops and bars (including a nightclub and live music venue), owns "" (the largest student newspaper in ) [http://www.ulu.co.uk/content/index.php?page=9 London Student] and offers its own gym and swimming pool for student use.

Though most sports teams are organised at the college level, does run a number of sports clubs of its own, some of which (for example the team) compete in BUCS leagues. The union also organises its own leagues for college teams to participate in. These leagues and sports clubs are supported by Friends of University of London Sport which aims to promote them.

ULU also organises a number of societies, ranging from Ballroom and Latin American Dance to , and from the to the Society. Affiliated to the University is the , a society for bellringers at all London universities.

The University runs the famous , which is considered along with the and the to be one of the three best university rowing clubs in the country.

Notable political figures who have passed through the University of London include , , , Archbishop , , and . In the arts field the university has produced the novelists , , , , , the poet , eminent of Professor , as well as many of the leading figures in the movement (including , and ) and musicians ranging from the conductor Sir Simon Rattle, the soprano and both members of to , and members of the bands , Suede, , Blur, , Placebo, and Queen. The University of London has also played host to film directors (, ), academic and scholar (), television presenter and Martial Arts expert , philosophers (, ), explorers (), producers (), leading businessmen (, ), pornographers () and international terrorists ().