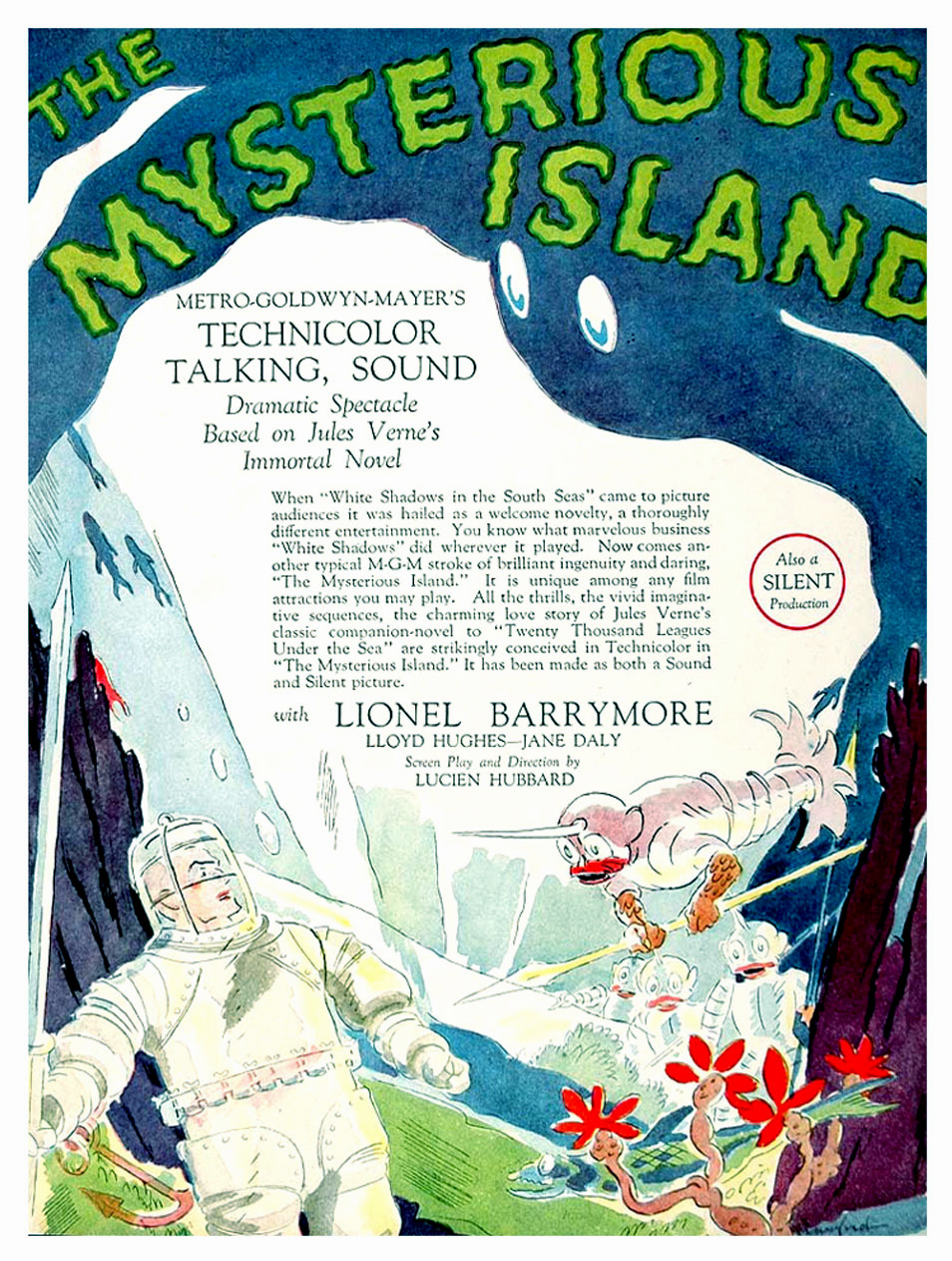 According to an article in the original "Famous Monsters of Filmland" magazine, production was actually started in 1926. There were various problems, including weather and the advent of talkies, which slowed/halted production several times before the film was finally completed and released three years later. The article included stills showing the original 1926 undersea denizens and the redesigned version which actually appeared in the film. Footage shot by and in 1927 was incorporated into the final 1929 version.

The film is loosely based on the back-story given for in the novel "", and might more properly be thought of as a prequel to "". It is the story of Count Dakkar ('s real name is revealed to be Prince Dakkar in "The Mysterious Island"), how he built his submarine, how he was betrayed, and how he became an outcast seeking revenge.

No complete color prints survive. Only one reel exists tinted and with Technicolor sequences, which is part of the . The complete film exists in a black-and-white copy apparently made in the 1950s for showings.