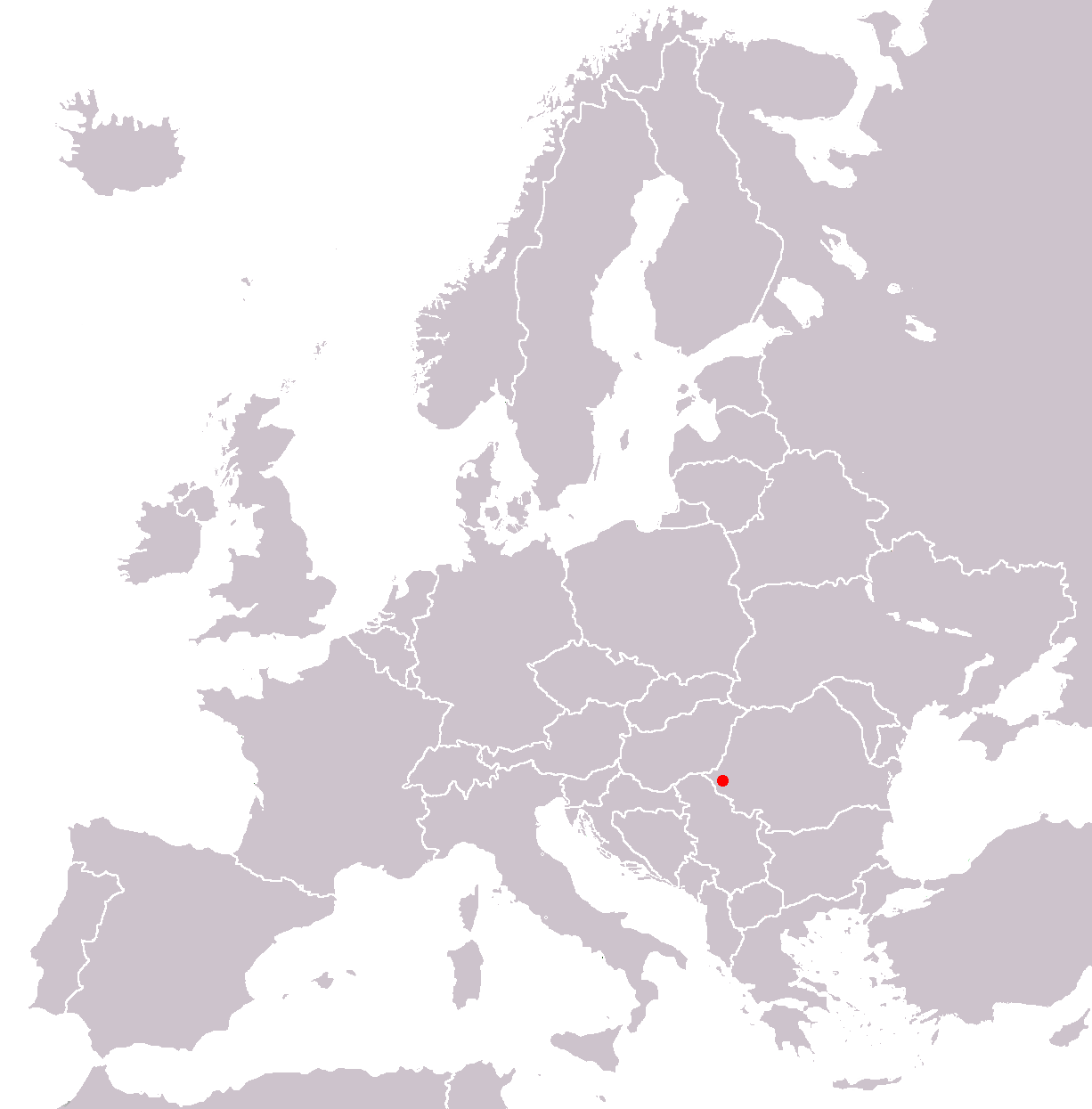 With 312,400 inhabitantsFact|date=August 2008, Timişoara is a large economic and cultural center in in the west of the country.

It is a multicultural city with influential minorities, primarily Hungarians, Germans, and , as well as , , ns, Bulgarians, Roma people, Jews and .

The city is also called "Little Vienna",Fact|date=October 2008 because it belonged for a very long time to the and the entire city center consists of buildings built in the era, which is reminiscent of the old . Timişoara is an important university center with the emphasis on subjects like medicine, mechanics and electro-technology. An industrial city with extensive services, it was the first European city to be lit by street lamps in 1884. It was also the second European and the first city in what is now Romania with horse drawn trams in 1867. There are numerous claims that , the creator of the in , built one of Timişoara's s over the Bega.

All of the variants of its name derive from the , known in Roman Antiquity as river "Tibisis" or "Tibiscus". The evolution of the river name from antiquity (with the phonetic change "b" → "m") can be explained by the transition of into Old Romanian. Although the Bega passes through Timisoara, the city received its name from the Timiş river because at the time of the setting of the name, the Bega and Timiş river's paths were very much mixed up. It is frequently spelled in English simply as Timisoara (without the diacritical mark beneath the s which actually produces a "sh" sound as in "shape").

In the Roman period, in the place where Timişoara is today, or in its immediate proximity there was a military camp named Zambara or Zurobara. [ [http://www.onf.fr/europe/life-urbanwoods/pdf/Urban_wood_modern_life%20_Roumanie.pdf Urban wood and modern life- the example of Timisoara City] by Gheorghe Florian Borlea, Radu Brad, and Oliver Merce - Forest Research & Management Institute- ICAS Timisoara, RO] During the time of the invasions of the nomad tribes from the Central-Asian plains, especially that of the Avars, on the site of the ruins of Zambara, a new settlement, called Beguey, was built.

In 1019 the locality of Dibiscos/ Bisiskos/ Tibiskos/ Tibiskon/ Timbisko/etc., presumed to be the future Timisoara , was mentioned for the first time in written documents of the , although not all historians do agree with this identification. In 1154, the Arabian geographer Sarif al Idrisi mentioned the city telling that "it is a nice city offering a lot of riches". The first mention of the fort of Timişoara "(Castrum Temesiensis)" is found in the decree of King dating from 1212. Timişoara itself was first mentioned in official documents as a city in 1474. It was conquered by the Ottomans in 1552 and remained under their control until it was taken by the Habsburg army led by the Prince in 1716.

The demographic conditions of the region changed dramatically during the 167 year of Ottoman rule. In 1582, the city of Temeswar, in spite of the bloody siege, still had a Hungarian majority (the chief judge was István Herczegh [Preyer, Johann N.: Monographie der königlichen Freistadt Temesvar, 1853] ). Later, the largest ethnic group in the city were Muslim Turks, and other smaller groups included Serbs, Jews, and Gypsies.

After the city was occupied by the , the Turkish population fled. Of the remainder, we know of about 600-700 inhabitants out of which 446 were Serbs, 144 Jewish, and 35 Armenians. [According to captain Graf Paolo Wallis - Neumann, Victor: "Istoria evreilor din Banat". Buc. 1999 ] The "Armenische Stadt" as a separate quarter existed until the . According to the 1720 data, the largest ethnic group in the city was Serb. Other smaller groups included Romanians and Jews; there were no Hungarians or Germans in the city at that time. Later, many Germans settled in the city, and gradually they became the largest ethnic group.

In 1718, the first beer factory in Transylvania was built. The first mill in today's Romania was set up in Timişoara. Between 1728 and 1771 a canal was built to unite the city with the river. In 1849 Timişoara became the capital of the Austrian crownland of as the result of the revolution; the province was ethnically extremely diverse, as its population was made up of , , , and . The crownland was abolished in 1860 and passed to Hungarian rule in 1867 with the creation of the .

After , the town was occupied by n troops in , . They withdrew from the city on , and the Romanian army entered the city on after an ultimatum of the Romanian government. This situation was confirmed by the .

During the next decades as a result of the city's development and of population movements from the Romanian villages of the surrounding region and from other regions of the country, Romanians became the majority in the city. A relative Romanian majority was first recorded in the 1941 census. After the many ethnic Germans emigrated in Germany, also almost all of the Jews emigrated to Israel and to the West. Timişoara's population has more than tripled over the last 50 years (it was slightly more than 90,000 at 1930 census), while the percentage of Magyars (Hungarians) has decreased from 30% to 7.5%, the Germans' from 30% to 2% and the Jews from 8% to almost 0%.

On , many citizens of the town came to support the Hungarian against the authorities and (secret police)'s decision to deport him. In these circumstances on 17th December a popular uprising started in Timişoara against the regime of . This was the beginning of the , which put an end to the Communist regime a week later.