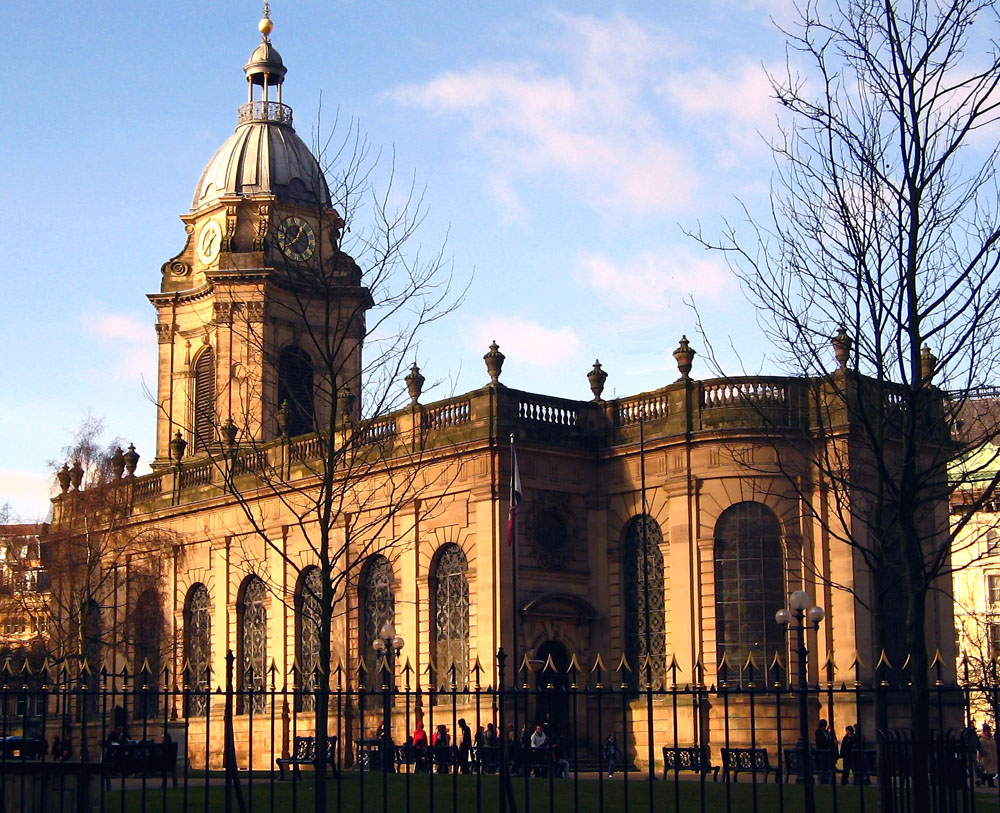 It is surrounded by a churchyard with graves, which is no longer open for new burials. The churchyard is used by members of the public in the summer as a picnic area or to meet friends.

The land on which the building is built was amongst the highest in the area and was named "The Barley Close".

The church contained a theological library which was bequeathed to the church by the Revd William Higgs. In 1792, a library room was constructed next to the parsonage house by the Revd Spencer Madan and was named the Parochial Library.

It was enlarged in the late 19th century by . It gained cathedral status in 1905, when the Diocese of Birmingham was created (Birmingham was made a city in 1889). The first bishop was , .

Built of and faced with stone quarried on Thomas Archer's estate at Umberslade, it has four windows by Sir (who was born in nearby Bennett's Hill and baptized in the church), and is the third smallest cathedral in England after Derby and Chelmsford. [ [http://web.archive.org/web/20041206173809/http://www.chch.ox.ac.uk/cathedral/present/misc.html] ] The west window, designed by Burne-Jones, was dedicated in memory of Bishop Bowlby in 1897.

During the , were responsible for saving the Burne-Jones windows of the Cathedral from exposure to bomb damage, by having them removed and later reinstalled. In the interim, most of the other windows were blown out by heavy bombing and so it may be said that the continued existence of these fine windows is due to the foresight and prompt action of the Society.

The Cathedral is a Grade I , with six other listed monuments in the churchyard, including one commemorating two men who died during the construction of and a memorial to the victims of the . A statue of Charles Gore is located at the entrance. Upon completion of the building, it was decided that monuments should be prohibited from being added to the interior.

The organ underwent an extensive reparation during the late-18th century by the -based organ builders England.

[http://npor.emma.cam.ac.uk/cgi-bin/Rsearch.cgi?Fn=Rsearch&rec_index=D02703 Details of the organ at the National Pipe Organ Register]