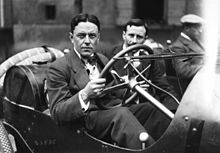 The production cars of Mathis driven by Dragutin Esser or by Emile Mathis achieved numerous successes in the touring classes:

Dragutin Esser designed two cars of 2025cc and 2253cc which were built by Mathis under license from Stoewer.