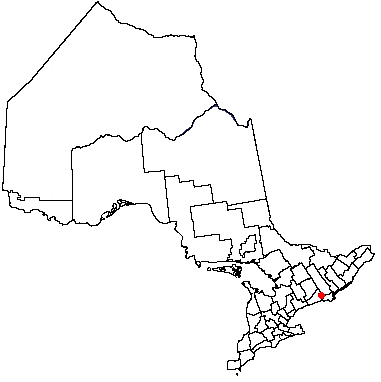 Quinte West is a city, formerly part of Hastings County, but now a Separated municipality in central eastern , , . It is located on the western end of the on . The Lake Ontario terminus of the is located in the municipality.

Quinte West was formed through the amalgamation of the city of Trenton, the village of Frankford and the townships of Murray and Sidney on , . Trenton is the largest community and serves as the administrative and commercial centre.

Quinte West is home to 8 Wing Trenton, the primary air transportation hub. Many of Canadian Forces operations in Afghanistan are carried out from this base. It also serves as the area's biggest employer.

Quinte West is otherwise served primarily by media from Belleville.

The (OPP) are the local law enforcement authority. The current mayor of the city is John Williams.